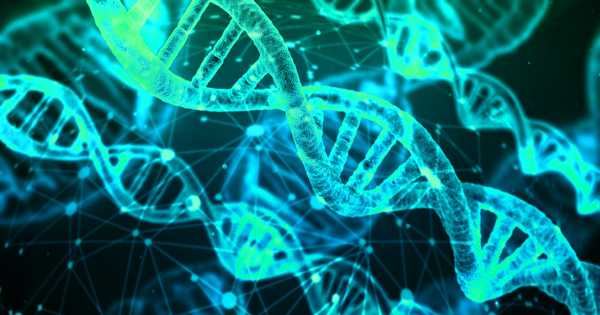 According to a new study, unrepaired DNA damage can hasten the aging process. Every day, our bodies are subjected to a barrage of UV rays, ozone, cigarette smoke, industrial chemicals, and other toxins.

This exposure can cause our bodies to produce free radicals, which can damage our DNA and tissues. A new study led by West Virginia University researcher Eric E. Kelley and conducted in collaboration with the University of Minnesota suggests that unrepaired DNA damage can hasten the aging process.

The study appears in the journal Nature. Kelley and his colleagues created genetically modified mice lacking a critical DNA-repair protein in their hematopoietic stem cells, which develop into white blood cells. The mice were unable to repair damaged DNA in their immune cells in the absence of this repair protein.

“By the time the genetically modified mouse is 5 months old, it’s like a 2-year-old mouse,” said Kelley, associate professor and associate chair of research in the Department of Physiology and Pharmacology at the School of Medicine. “It exhibits all of the symptoms as well as the physical characteristics. It suffers from hearing loss, osteoporosis, renal dysfunction, visual impairment, hypertension, and other age-related problems. It has aged prematurely because it has lost its ability to repair its DNA.”

A normal 2-year-old mouse, according to Kelley, is roughly the same age as a human in their late 70s to early 80s. Kelley and colleagues discovered that markers for cell aging, or senescence, as well as cell damage and oxidation, were significantly higher in the immune cells of genetically modified mice than in normal, wild-type mice. However, the damage did not stop with the immune system; the modified mice also had aged, damaged cells in organs such as the liver and kidney.

These findings imply that unrepaired DNA damage may cause premature aging throughout the body. When we are exposed to a pollutant, such as radiation for cancer treatment, energy is transferred to the water in our bodies, which causes the water to break apart. This produces highly reactive molecules, known as free radicals, which will quickly interact with another molecule to gain electrons. When these free radicals interact with important biomolecules like proteins or DNA, they cause damage that prevents the biomolecule from functioning properly.

“A cigarette has more than ten to sixteenth free radicals per puff, just from combusted carbon materials,” Kelley said. In addition to free radicals produced by pollutant exposure, the human body constantly produces free radicals during oxidative phosphorylation, a process used to convert food into energy.

“We have mechanisms in the mitochondria that mop up free radicals for us,” Kelley explained. “However, if they become overwhelmed – if we have over-nutrition, if we eat too much junk, if we smoke – the defense mechanism absolutely cannot keep up.”

As we age, the amount of damage caused by free radical formation outweighs our antioxidant defenses. Eventually, the balance shifts to the oxidant side, and damage begins to triumph over repair. This balance will be disrupted even sooner if we are exposed to more pollutants and accumulate more free radicals, resulting in premature aging.

The issue of premature aging caused by free radical damage is particularly pressing in West Virginia. The state has the highest percentage of obese citizens in the country, as well as a high rate of smokers and workers in high-pollution occupations.

“I come from an Appalachian family,” Kelley explained. “And, you know, I’d go to funerals in some old house — an in-the-living-room-with-a-casket kind of thing — and I’d look at people in there, and they’d be 39 or 42 and look like they were 80 because of their occupation and nutrition.”

Many West Virginians also have comorbidities, such as diabetes, advanced cardiovascular disease, stroke, and renal problems, which further complicates matters. Although there are drugs known as senolytics that help to slow the aging process, Kelley believes that preventing premature aging through lifestyle changes is the best way to avoid premature aging. According to him, focusing on slowing the aging process through preventive measures can improve the outcome for each comorbidity and add more healthy years to people’s lives.

“The impact is more on healthspan than on lifespan,” he says. “If you could get people better access to healthcare, better education, and easier ways for them to participate in healthier eating and a healthier lifestyle, you could reduce the overall economic burden on the West Virginia population and have a much better outcome all around.”