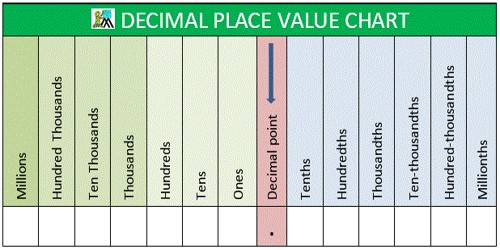 Decimals are numbers with one visible point or dot somewhere in the number. This point is called the decimal point. If a number has a decimal point, then the first digit to the right of the decimal point indicates the number of tenths. A place value tells you the location of each digit in a number. The number 699, for example, has a 9 in the units place, a 9 in the tens place and a 6 in the hundreds place. All numbers follow the same place value naming criteria.

Decimal numbers, such as 0.6495, have four digits after the decimal point. Each digit is a different place value. The first digit after the decimal point is called the tenths place value. There are six tenths in the number 0.6495. The second digit tells you how many hundredths there are in the number. The number 0.6495 has four hundredths. The third digit is the thousandths place.

The fourth digit is the ten-thousandths place which is five in this example.

Therefore, there are six tenths, four hundredths, nine thousandths, and five ten-thousandths in the number 0.6495.

Above, we have written the number 6,702 in expanded form, or as a SUM of its different parts according to place value.

The digit 6 in the number 6,702 actually has the value 6,000 and the digit 7 actually signifies the value 700. This is why our number system is also called a place value system, because the value of a digit (like 6 or 7 in our example) depends on its placement within the number. In other words, the digit 6 in 6702 does not mean six but six thousand, because the six is placed in the thousands’ place. The place of a digit determines its value. 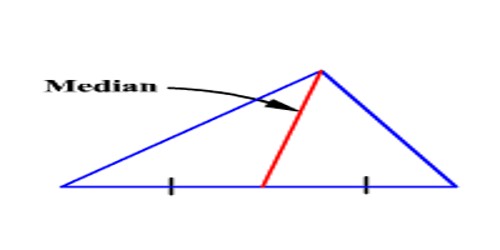