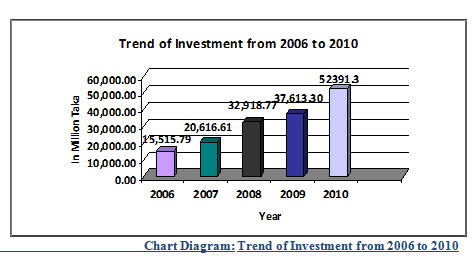 Composition of Foreign Exchange Business of 2010 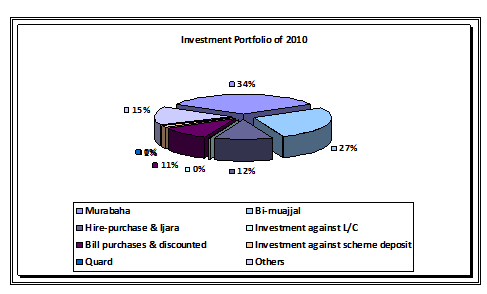 At the very inspection, SIJBL started with an authorized capital of Tk. 800 million. While it’s initial Paid-up Capital was tk. 205 million subscribed by the sponsors in the year 2001. The Capital and reserve of the bank as on  30th September 2010  stood at Tk. 6000 million including paid-up capital of Tk. 3425.10 million. The Capital Adequacy Ratio (CAR) as on 30th June  2010 stood at 13.73% that was well above minimum requirement of 10% by Bangladesh Bank 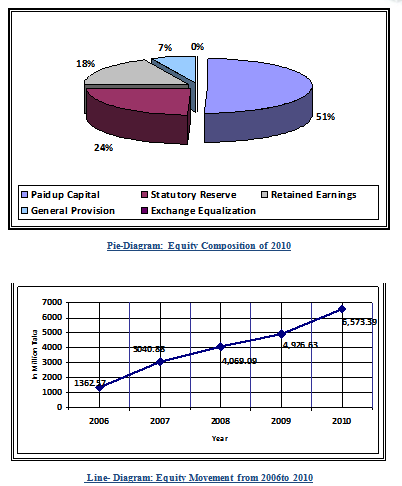 Credit rating of the bank was performed by Credit Rating and Information Services Limited (CRISL). In their report Highlights Of Performance 30th September 2010, they rated the bank as AA- (double A minus) for long term and ST-2 for short term. The gradation in long term rating has been done in consideration of its good capital adequacy, appropriate asset quality, increased non-funded business and sound liquidity position. The short term rating indicates high certainty of timely repayments of financial obligations. Risk factors are very small. The long term rating is valid for only one year and the short term rating is for six months. CRISL also viewed the bank with ‗Stable Outlook‘ in consideration of its overall performance, improvement in asset quality, growth in investment and deposits. The capital adequacy of SJIBL stood at 13.73% at the end of FY 2010  against regulatory requirement of 10%. The asset quality of the bank has improved and at the end of FY2010 non-performing asset stood at only 0.44%. During FY 2010, the deposit mobilization had significant growth of 28.76%  and stood at BDT 54447.00  million. This augmented investment growth by 39.29% as well as asset growth by 59.51% in FY 2010. The equity growth during FY 2010 was 29.33%, supported by after-tax profit growth of  89.42%. The financial performance of the bank was good and almost stable in FY 2010 compared to previous year‘s performance. During FY 2010, the bank has shown outstanding growth in non-funded business; doing better in all area of export, import and inward remittance. SJIBL has been maintaining satisfactory liquidity and its short term and long term liabilities (up to five years) are also backed by adequate volume of assets. The bank maintained a surplus amount of provisions against its non-performing investment (NPI), to cover risk in future. The NPI coverage ratio stood at 325.06% at the end of FY 2010. 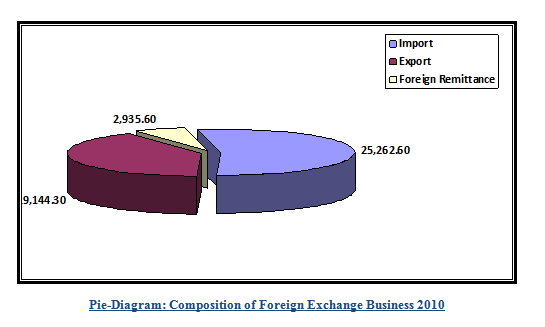 From the practical implementation of customer dealing producers during the whole period of my practical orientation in Shahjalal Islami Bank Limited, I have reached a firm and concrete conclusion in a very confident way. I believe that my realization will be in harmony with most of the banking thinkers. It is quite evident that to build up an effective and efficient considered as soon as possible. Besides, every bank has to survive amidst of a large number of banks including local and foreign. That’s why to keep with expected profit margin of the time being and for the future every bank should try heart and soul to please the customers in a smart and trusty way. But quit regretful to mention that most of our bank face decreasing profit trend due to switch over of their present customers to those foreign with higher customer service facilities. So, timely decision for introducing sophisticated banking instruments should be taken as early as possible. After taking effective and time defeating measures regarding efficient employees and instruments will help the local office of Shahjalai Islami Bank Limited to reach the pinnacle of success with high profit and productivity. A new- bank they should be in financial side because there is too much competition and new banks are growing up. If Shahjalal Islami Bank adopts professionalism within the framework of Shariah, they will be able to earn handsome “Halal” profit and pay higher return to the depositors and share holders. Ultimately, public will get more confidence on this type of banking.