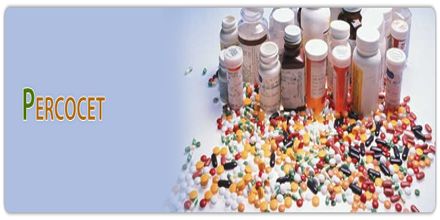 Percocet is the brand name for a painkiller that combines oxycodone and acetaminophen. Oxycodone is a powerful opioid. It’s derived from the same source as morphine and some illegal drugs, including heroin. It combines Oxycodone with Acetaminophen, a common over-the-counter pain reliever.

Opioids like Percocet activate the brain’s reward center. You can become addicted to the way the drug makes you feel. But over time, the drug will stop working as well as it used to, and you’ll need to take more of the medicine to achieve the same effect. 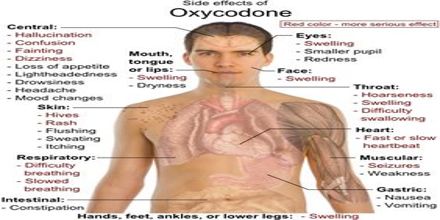 The side effects of Percocet are generally similar to the side effects for other opiate analgesics and may include: Nausea and vomiting, Dry mouth, Loss of appetite, Shallow breathing, Constipation, Drowsiness or sedation, Low blood pressure, Mood changes etc.

Both oxycodone and acetaminophen have long-term effects that need to be carefully monitored by a doctor in patients taking Percocet for chronic pain and include: Liver damage, Kidney failure, Severe constipation, Urinary retention, Tolerance, Physical and psychological dependence.

How Percocet Works in the Body

There are several ways of administering Percocet, but the most common method is through the mouth. The drug is similar to morphine in the way it acts in the body. It is manufactured to provide a slow release of Oxycodone, over an extended period of time. This is why patients are advised that they should not crush or cut the pill. To do so could cause a life-threatening overdose, as the entire dosage of the Oxycodone is suddenly released into the person’s system.

Percocet can affect the body in other ways as well, including drowsiness, itching, dizziness, nausea and vomiting, impaired coordination, respiration depression, slowed heart rate, and urinary retention. When the drug is abused or misused, these effects can be greatly exacerbated and can even lead to coma and death. AddictionBlog.org notes that the Acetaminophen in Percocet can also be a concern due to potential liver damage. Percocet should only be taken under the supervision of a doctor.

Those who misuse or abuse Percocet are placing themselves at risk for addiction and dependency. There are substantial physical and neurological consequences that can result from drug use. Death due to overdose is a very real and constant threat, but there are other ways that the drug can damage the body. Even the symptoms resulting from withdrawal can be life-threatening.

Percocet has a number of possible side effects. Identifying the presence of these side effects in someone who is using the drug can help you spot abuse. Percocet reduces intestinal motility. This often causes constipation and difficulty with bowel movements.

Opioids like Percocet can cause serious health complications. The drug can increase a person’s risk for choking. It can also slow a person’s breathing, which may cause them to stop breathing entirely. It’s even possible to fall into a coma or die as a result of an overdose.

A person who is addicted to Percocet may be more likely to use other illegal drugs or prescription medications. Certain combinations of medicines can be lethal. An addiction can affect work performance and personal relationships. People who use and abuse Percocet sometimes engage in risky behaviors. This may lead to motor vehicle accidents or accidents that cause bodily harm.

People who are addicted may also find themselves involved in criminal activity, especially if they decide to steal, forge a prescription, or lie to get more pills. 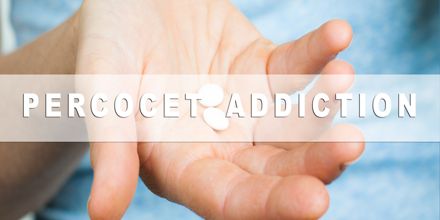 Medications such as buprenorphine or methadone may be prescribed for Percocet withdrawal. Both have shown great success at treating and easing the symptoms caused by opioid withdrawal.

People who are trying to overcome addiction often go for counseling. Speaking with a professional can help you discover underlying problems that may have contributed to your addiction in the first place.

How to Help Someone with Percocet Addiction

The best way to help someone with a Percocet addiction is to let them know that they are not alone. No one can force an addict into recovery; they must pursue it themselves. To force recovery almost ensures relapse or even overdose. Loved ones who wish to help an addict seek recovery should first seek the advice of professionals who can guide them in their efforts.

Supporting and helping an addict is a stressful, frustrating, and exhausting process. The person or people supporting the addict should ensure that they are taking care of their health, both physical and psychological, to the best of their ability. Adequate rest, a balanced diet, and counseling are all highly recommended. You can’t be any good to anyone if you aren’t healthy.

Parents with children who are addicted to Percocet should work with counselors and doctors to enter their child into a rehabilitation facility. Once the child is a patient, it is important that the parents get counseling and attend the facility-required family counseling. The addict is not the only one who needs to heal; the entire family has a lot of healing to do in situations that involve addiction.