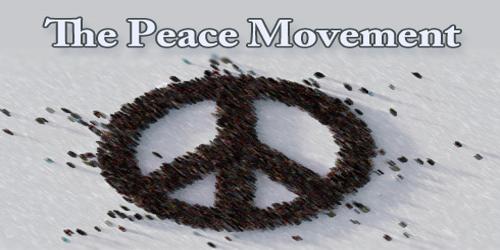 A peace movement is a social movement that seeks to achieve ideals such as the ending of a particular war (or all wars), minimize inter-human violence in a particular place or type of situation, including ban of guns, and is often linked to the goal of achieving world peace. Means to achieve these ends include advocacy of pacifism, non-violent resistance, diplomacy, boycotts, demonstrations, peace camps; supporting anti-war political candidates and banning guns, creating an open government, direct democracy; supporting people who expose war-crimes or conspiracies to create wars, and making laws. Different organizations involved in peace movements may have some diverse goals, but one common goal is the sustainability of peace.

The peace movement is basically an all-encompassing “anti-war movement”. It is primarily characterized by a belief that human beings should not wage war on each other or engage in violent conflicts over language, race, natural resources, religion or ideology. It is believed that military power is not the equivalent of justice. The Peace movement tends to oppose the proliferation of dangerous technologies and weapons of mass destruction, in particular, nuclear weapons and biological warfare. Moreover; many objects to the export of weapons including hand-held machine guns and grenades by leading economic nations to lesser developed nations.

The first peace movement appeared in 1815-1816. The first such movement in the United States was the New York Peace Society, founded in 1815 by the theologian David Low Dodge, and the Massachusetts Peace Society. It became an active organization, holding regular weekly meetings, and producing literature which was spread as far as Gibraltar and Malta, describing the horrors of war and advocating pacifism on Christian grounds. The London Peace Society (also known as the Society for the Promotion of Permanent and Universal Peace) was formed in 1816 to promote permanent and universal peace by the philanthropist William Allen.

In the 1840s, British women formed ‘Olive Leaf Circles’ groups of around 15 to 20 women, to discuss and promote pacifist ideas. The peace movement began to grow in influence by the mid-nineteenth century. The London Peace Society, under the initiative of American consul to Birmingham, Elihu Burritt, and the Reverened Henry Richard, convened the first International Peace Congress in London in 1843. The congress decided on two aims: the ideal of peaceable arbitration in the affairs of nations and the creation of an international institution to achieve that.

Afterward, peace organizations were set up in many countries. The United Nations was founded with the primary objective to maintain peace and’, resolve inter-state conflicts in the world. Many treaties have been signed between many nations, a noteworthy one of which is the nuclear non-proliferation treaty. Everyone wants peace and likes the principles of non-violence. 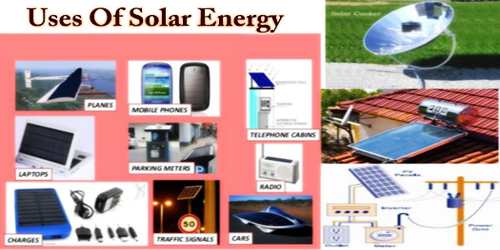