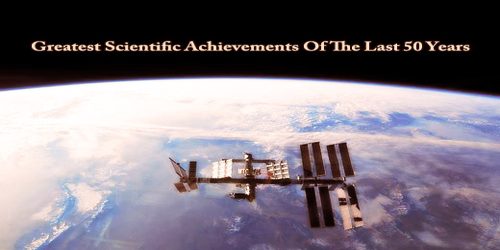 We human beings tend to forget how far we have borne as a species in a relatively short period of time. It was only in the 1870s when we had the first house that was lighted with electricity. Cars just started to become available 100 years ago. Charles Lindbergh made the first trans-Atlantic flight in 1927. Televisions didn’t become widely available until after World War II.

In other words, the advances humankind has made in a relatively short period of time have been nothing short of extraordinary. Perhaps just as extraordinary is how we tend to simply adapt to these incredible changes, not realizing how completely our world has been altered in a short span of time. With that in mind, it is worth looking back at some of the amazing scientific advances we have made in the last few decades.

There is nothing- that piques the interest of a human being quite as much as the prospect of living a longer life. Implanting a person with an artificial heart in 1982 was an extraordinary step towards increasing human lifespan. A Seattle based dentist, Dr. Barney Clark, was the first person implanted with the Jarvik-7, an artificial heart intended to last a lifetime. The Jarvik-7 artificial heart was designed by Robert Jarvik. Though the patient survived 112 days, it was a huge step towards the development of heart transplant surgery. One day, more advanced versions of artificial organs will likely allow us to live much longer and more productive lives. When we get there, we will owe, a lot to Robert Jarvik’s artificial heart.

Phones have been around since the late 1800s, but cell phones made their appearance only in the 1990s. Today, by some estimates more than 100 million people in Bangladesh and more than 4.6 billion people worldwide have mobile phones. Anything that is useful and spreads so fast has to be considered one of the greatest inventions of all time. Just two decades ago, in Bangladesh, even landlines were difficult to obtain, let alone mobile phones. Today people from all social strata use cell phones, from street vendors to business executives in luxury cars and from villagers to urbanites. Since May 2015, Bangladesh joined its South Asian neighbors India (862 million) and Pakistan (122 million) on the list of countries with 100 million or more mobile phone users. The other countries on the list are China (one billion users). Russia, Brazil, the United States, Indonesia, Japan, Germany, the Philippines, and Nigeria.

Today, we take for granted that we have one machine that allows us to access the Internet, do word processing, use a calculator, watch TV, play games and do a host of other things. But the personal computer only became available to consumers in 1974. Things really took off when Microsoft Windows was introduced in 1985 and it’s good that it was since without the prevalence of personal computers, the Internet wouldn’t have had nearly as big, an impact as it has ever since.

People on Earth may take for granted today’s high-tech world of cell phones, GPS Mild the satellites high above the planet that make instant communication possible. But it all began 50 years ago with one giant space balloon. 10th July 1962 marked the birth of satellite communications. On this day the Telstar satellite commenced its journey into space and became the first-ever active communications satellite. It carried the first live .trans-Atlantic TV broadcasts. Telstar was built by a team at Bell Telephone Laboratories in the USA and incorporated many innovations such as the transistor and the 3,600 solar panels that powered the satellite. Telstar produced 14 watts and relayed its first and non-public television pictures on 11th July 1962. The satellite could carry 600 voice calls and one black-and-white TV channel from an egg-shaped orbit. Today, we use satellites for GPS, TV, radio, weather tracking military surveillance, space exploration, and global communications, among other things.

For thousands of years, human beings had looked to the heavens and dreamed of walking on the moon. In 1969, as part of the Apollo 11 mission, Neil Armstrong became the first person to accomplish that, dream, followed only minutes later by Buzz Aldrin. Their accomplishment gave people around the world the hope of future space exploration. In fact, it was a feat that was so fantastic that there are still conspiracy theorists who insist it could not be possible. Putting a man on the moon is perhaps man’s most inspiring accomplishment; it opened the door to future space travel and led to a number of spin-off inventions including flame-resistant textiles used by firefighters, invisible braces, improved satellite dishes, and better medical imaging.

The ARPANET, The first Internet, was invented in 1969 and the public only had access to the World Wide Web starting in 1993. Today, just 22 years later, the web has revolutionized the dissemination of information; created a new multi-trillion dollar economic phenomenon, played a role in revolutions, and has interconnected much of the globe. It has also made it possible for people all over the planet to reach out and touch someone.

A microchip is a set of electronic circuits on one small plate (chip) of semiconductor material, normally silicon. Microchips are used in virtually all electronic equipment today and have revolutionized the world of electronics. The forerunner to the microchip was invented back in 1959, but it didn’t really start to take off until the 1980s. Since then, incredible advances in microchips have made it possible for them to be cheaply and efficiently used for calculators, personal computers, pet identification, automatic teller machines, satellites, pacemakers, cell phones, and microwave ovens among many other products.

Relevance of Concrete in the Modern Age 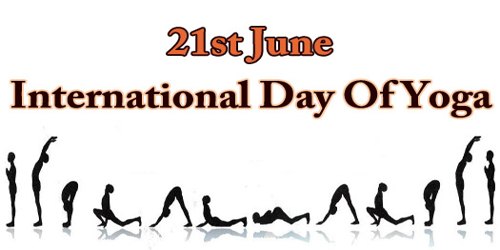