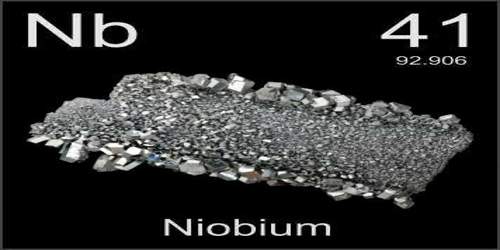 Niobium is a smooth, silvery, ductile metallic component that, together with the element tantalum, typically occurs in nature. It is used for the construction of nuclear reactors, for the manufacture of steel alloys, and for allowing magnets to conduct electricity almost without resistance. Atomic number 41; atomic weight 92.906; melting point 2,468°C; boiling point 4,927°C; specific gravity 8.57; valence 2, 3, 5. 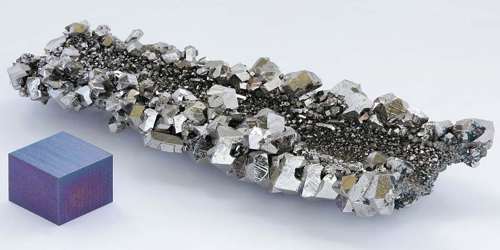 Its name comes from Greek mythology, specifically Niobe, who was the daughter of Tantalus, the namesake of tantalum. The name reflects the great similarity between the two elements in their physical and chemical properties, making them difficult to distinguish.

Niobium was discovered by the English chemist Charles Hatchett in 1801 when he was investigating a mineral called columbite. He decided to add potassium carbonate and water to the mineral. He heated it up, added acid, and metal formed. He called the metal columbium.

The element was called columbium (symbol Cb) in the United States for about 100 years, while it was called niobium in Europe. In 1949, the International Union of Pure and Applied Chemistry compromised and officially adopted niobium as the element’s name, in deference to European usage. In turn, the union accepted tungsten rather than wolfram as the name for Element No. 74 (which still carries the symbol W), in deference to American usage. Many metallurgists and metal societies, however, still refer to niobium as columbium.

Sources and Properties of Niobium

The main source of this element is the mineral columbite. This mineral also contains tantalum and the two elements are mined together. Niobium is found in niobite (or columbite), parochlore, niobite-tantalite, and euxenite. As a constituent of parochlore, large amounts of niobium have been found associated with carbonatites (carbon-silicate rocks). Extensive mineral deposits are found in Canada, Brazil, Nigeria, Zaire, and Russia.

Niobium is estimated to be the 34th most common element in the Earth’s crust, with 20 ppm. Some think that the abundance on Earth is much greater and that the element’s high density has concentrated it in the Earth’s core. The free element is not found in nature, but niobium occurs in combination with other elements in minerals. Minerals that contain niobium often also contain tantalum 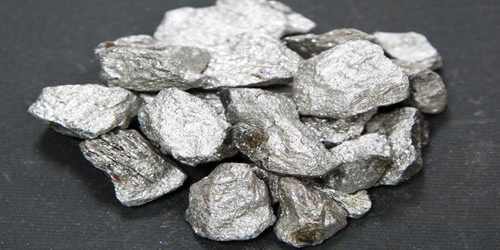 Niobium is a shiny, white, soft, and ductile transition metal. It takes a bluish cast when exposed to air at room temperature for an extended period of time. It starts to oxidize in air at 200 C (392 F). When processed, it must be placed in a protective atmosphere at moderate temperatures. There are 18 known isotopes of niobium.

Uses and Effects of Niobium

Niobium has superconductive properties and it has been useful in making superconductive magnets in the form of niobium-zirconium (Nb-Zr) wire, which retains its superconductivity in strong magnetic fields. There is hope that the Nb-Zr wire could direct large-scale power generation. 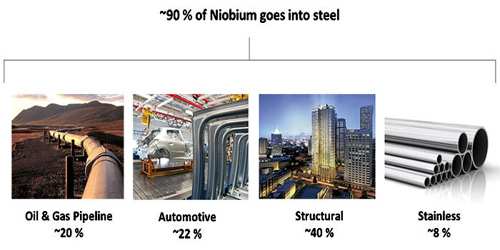 Niobium is used in alloys including stainless steel. It improves the strength of the alloys, particularly at low temperatures. Alloys containing niobium are used in jet engines and rockets, beams and girders for buildings and oil rigs, and oil and gas pipelines. It is also commonly used in making jewelry.

Niobium and its compounds may be toxic (niobium dust causes eye and skin irritation), but there are no reports of human being poisoned by it. Apart from measuring its concentration, no research on niobium in humans has been undertaken.

Niobium, when inhaled, is retained mainly in the lungs, and secondarily in bones. It interferes with calcium as an activator of enzyme systems. In laboratory animals, inhalation of niobium nitride and/or pentoxide leads to scarring of the lungs at exposure levels of 40 mg/m3.