Home Arts Literature How The Moon Tricks The Buso 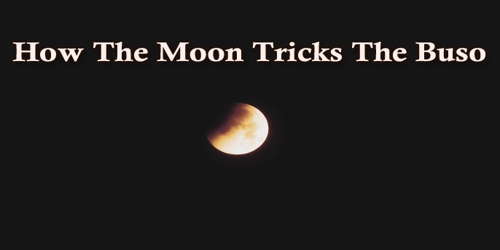 People must know about ‘Buso’. These ugly creatures eat the flesh of dead human beings and also drink their blood. They live in the graveyards and are always looking for freshly buried human corpses. Everybody hates the Buso and there is a funny story of how these creatures are tricked again and again by the Moon.

So he went to the Moon.

“Do you know where all the people are?” he asked her.

Now, the Moon is a great liar. She knew that it was night and everybody was asleep on earth. That is the reason why the Buso could not find anyone. But she told him a lie; for she disliked that the Buso eats human flesh.

“Oh, you will not find a living person on the earth!” she replied.

“But why?” asked the curious Buso-man.

“Don’t you know? Everybody in the world is dead. A vicious disease had struck a few days ago and everyone in the world has died out of it.” the Moon replied. “Good!” thought the Buso-man, for a Buso never eats living flesh. “To-morrow I shall have a fine meal of them.”

The next morning, Buso started for the graveyard; but on the way, he met the Sun, and stopped to speak to him.

“How many people have died on earth?” he inquired.

“Nobody has died,” replied an astonished Sun. “All the people are fine.”

“But I heard that they were all dead.” said the Buso-man, “Are they still alive? What are they doing?”

“Some are working, some are playing, some are cooking rice.” said the Sun. He shone brighter and the Buso-man looked at the earth to find that the Sun was indeed speaking the truth.

The Buso was furious to find himself tricked. That night he went again to the Moon and asked her why she had lied to him.

“But I had not lied a bit,” said the Moon and shone brighter. “Look for yourself. Can you find anyone on earth?”

The Buso-man looked at the earth. All were asleep in their homes as before and he had to admit that he could see none walking on earth.

“Now go and have a feast,” the Moon said to him. She assured the Buso-man that everybody was dead.

But the next morning the Sun showed him all the people going about their work as usual. Thus, since the old times, the Buso has been fooled over and over again. Every night the Moon tells him the same lie while the Sun shows him the truth in the morning. 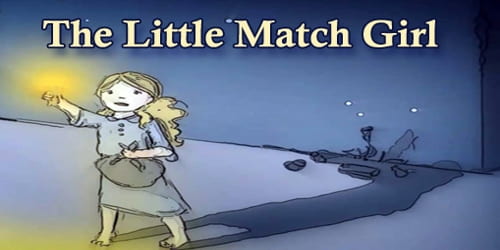 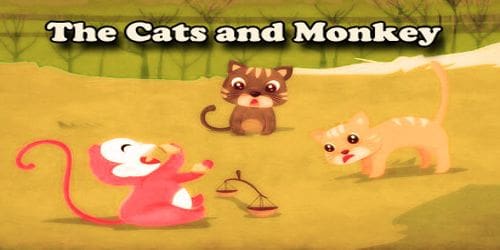 The Cats and Monkey 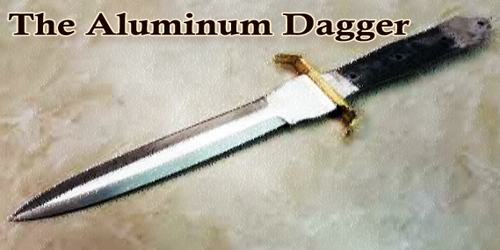 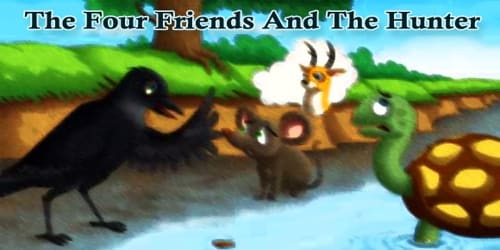 The Four Friends And The Hunter