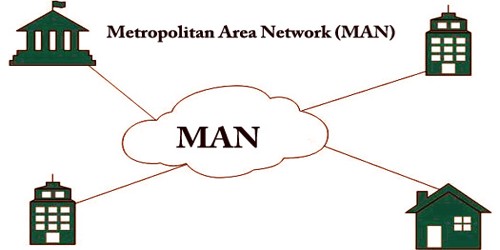 MAN is optimized for a larger geographical area than a LAN, ranging from several blocks of buildings to entire cities. MANs can also depend on communications channels of moderate-to-high data rates. MANs are extremely efficient and provide fast communication via high-speed carriers, such as fiber optic cables.

The working mechanism of a MAN is similar to an Internet Service Provider (ISP), but a MAN is not owned by a single organization. Like a WAN, a MAN provides shared network connections to its users. A MAN mostly works on the data link layer, which is Layer 2 of the Open Systems Interconnection (OSI) model.

Internet exchange points (IXs) have historically been important for the connection of MANs to the national or global Internet. In larger cities, several local providers may have built a dark fiber MAN backbone. MAN might be owned and operated by a single organization, but it usually will be used by many individuals and organizations. MANs might also be owned and operated as public utilities. They will often provide means for the internetworking of local networks.

Metropolitan Area Network (MAN) is a large computer network that spans a metropolitan area or campus. Its geographic scope falls between a WAN and LAN. Cities that host one of the international Internet Exchanges have become a preferred location for companies and data centers.

Similarly, Frankfurt has become a magnet for data centers of international companies because it hosts the non-profit DE-CIX, the largest Internet Exchange in the world. MANs provide Internet connectivity for LANs in a metropolitan region and connect them to wider area networks like the Internet. It can also be used in cable television.