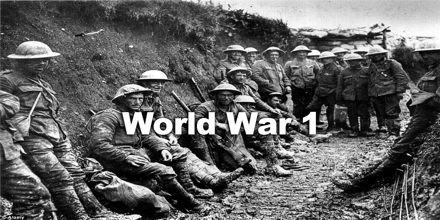 World War I because of assassination of Archduke Francis Ferdinand by Gavrilo Princip, June 28th, 1914. After the Archduke was killed, a series of events was set in motion, to change the world. An escalation of threats and mobilization orders followed the incident, leading by mid-August to the outbreak of World War I, which pitted Germany, Austria-Hungary and the Ottoman Empire against Great Britain, France, Russia, Italy and Japan. Fighting Fronts are; Western Front was between France and Germany; Italian Front was between Italy; Eastern Front was between Russia and Germany and Germany wanted to avoid fighting on more than one front.