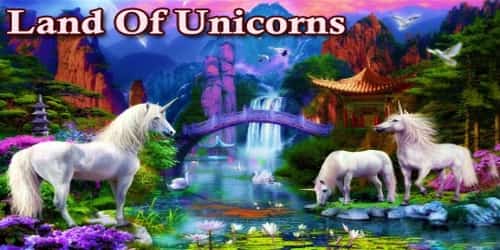 Long ago, when King Arthur was newly crowned, he journeyed in search of adventure. He sailed from the coast of Scotland, heading toward the many islands where, people said, strange and magical creatures dwelled. Arthur was eager to know all there was to know about the world.

One morning a thick fog rolled in, the wind died, and the king’s boat drifted, its sails flapping aimlessly. Eventually, the boat ran aground upon a rocky coast of forested land, and Arthur jumped out and pulled his little boat onshore.

He ventured into this quiet world, searching for a sign of life. All was still, and it seemed as if there were no men or animals of any kind here. But suddenly he came upon a tower of stone rising into the fog. The king was startled by this sight and startled still more when he was greeted by a tiny man with weathered skin and a long white beard that reached all the way to the mossy earth.

“Welcome,” the stranger said softly, “what is it that you seek?”

Arthur noticed the man’s eyes gleamed with light. “I am Arthur of Britain,” he answered. “And I am at your mercy, sir.”

“You have my mercy,” said the man, “and would you like some refreshment?” He handed the king a tall pitcher of the coolest, clearest water in the world.

Arthur drank deeply, and then he looked into the man’s kind face and said, “Please, tell me how you came to be in this desolate place all alone.”

“Years ago the king of my country became angry with me and banished me from the kingdom. He exiled my wife and me to this faraway island. My beloved wife gave birth to our child here in the wilderness, and since we had no shelter, she grew ill and died soon after our sweet boy was born.”

“Sorrow comes to us all,” the man said calmly, “but I did what I had to do. I wrapped my child in my wife’s cloak, and together we set off to seek shelter. Deep in these woods, I came upon a great hollowed oak. When I looked inside, I saw three delicate, fawnlike creatures sleeping peacefully. I noticed that each of them had a small star of light in the center of its forehead. Knowing there must be blessed creatures, I lay my child down among them to rest while I went out to find food and a place for us to stay.”

“When I turned, I was startled to see the creatures’ mother. She was as big as a large horse but graceful as a doe and white as a cloud, and a glittering spiral horn grew from her forehead. She struck the ground with her hoof, once, and fearing she would charge, I ran into the woods.”

“But I had not gone far when I heard my son weeping, and I hurried back to the tree. When I arrived, I heard not a sound, and when I looked inside, I saw this creature, this unicorn, had wrapped herself around my child and kissed away his tears. When she saw me, I could see from her kind eyes that I too was welcome.”

“For a long while she sheltered both of us, and my son grew to be a giant, for she fed him her magical milk. When he was grown, we built our tower, and here we live contentedly, protected by the unicorn’s magic. Ah, here comes my son now,” he said and turned to greet his enormous son.

Arthur looked up at the giant walking out of the mist. He looked as peaceful as any man Arthur had ever seen, and behind him came the unicorn, circled by a halo of light. She was exquisite and walked without making a sound. Arthur felt complete peace and harmony in their presence. He had heard many tales of the wonders of the unicorn, of the healing powers of its horn, but he knew he could take nothing away from this world. This land was perfect, and so it must always remain.

Later that day, the fog drifted away. The old man and his son led Arthur to shore and helped him to launch his boat. They gave him precise directions to the outer islands and wished him well.

With peace in his heart, Arthur turned to wave goodbye. He saw the two men waving at him, haloed in the light of the unicorns.

Arthur learned on his adventure that no matter how wondrous the unicorn’s magic, she must never be chased, never harmed. When he returned home, he brought with him the tale of the unicorn’s goodness, and forever afterward he taught his people never to hunt or subdue a creature who brought peace and joy, goodness and love, to the world.