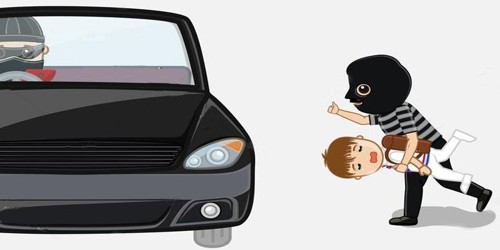 Krishnan was very happy as he had scored 4A’s and 4 B’s in his PMR trial examination. He knew his father would be very proud of him. Suddenly, a car drives up alongside him. A man rushed out and placed a handkerchief to his nose. Krishnan felt very dizzy and fainted. The man then dragged him into the car and his partner quickly drove off.

When Krishnan woke up, he was in a small dark room. Something ran across his legs. To his horror, there were rats in the room! Krishnan could not move much as his legs and hands were tied. even his mouth was gagged. Then he heard two voices outside. They were bargaining with his father over the ransom. Krishnan wriggled nearer to the door. the exchange was to be made at the abandoned shack near the mining pool – without any police interference. 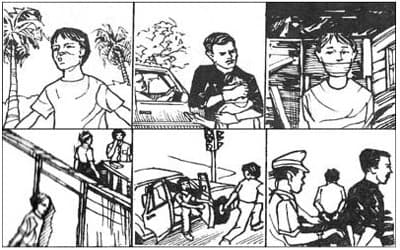 Krishnan realized he had to escape somehow. He pretended that he had stomach-ache and hollered in pain. The kidnappers rushed in to see what had happened. Krishnan begged them to send him to the hospital. Fearing that Krishnan might die before they got their ransom money, they agreed.

As they approached the clinic, the kidnapper cut the ropes on Krishnan’s hands and legs. At the traffic-light junction, Krishnan made a dash for it. The kidnappers drove for a few kilometers before stopping the vehicle. As one of the abductors stepped out, the boy bit the hand of the other man and ran away. He opened the car door and ran quickly towards a policeman nearby. the kidnappers could not do anything except to make a quick getaway.

Krishnan’s family were relieved to have Krishnan back. The kidnappers were later caught and sentenced to jail.