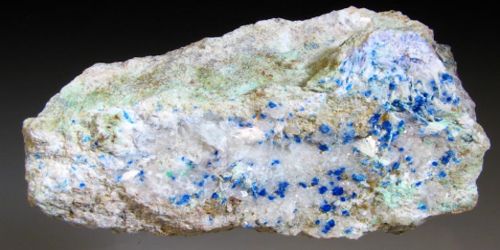 It was named in honor of Dr. Jun Ito, a Japanese-American mineral chemist at Harvard University in Massachusetts, USA. Junitoite is transparent to translucent and is colorless, milk-white, or colored due to alteration. Crystals grow up to 5 millimeters (0.20 in) and have high-quality faces. It occurs in fractures through pods of sphalerite. It formed by retrograde metamorphism and oxidation of tactite, also resulting in kinoite.

Junitoite occurs in “retrogressively altered tactile zones related to the breakdown of sphalerite in ores.” It is strongly pyroelectric, generates a charge in response to heat. The mineral is known from New Jersey and the type locality in Arizona. Junitoite occurs in association with apophyllite, calcite, kinoite, smectite, and xonotlite.