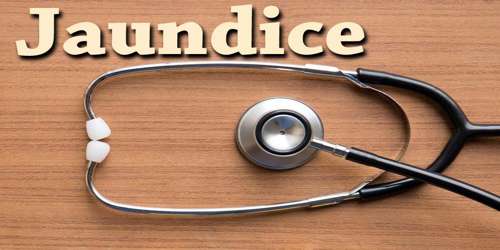 Jaundice is a yellowish discoloration of the whites of the eyes, skin, and mucous membranes caused by deposition of bile salts in these tissues, occurring as a symptom of various diseases, such as hepatitis, that affect the processing of bile. Jaundice is also known as icterus. Jaundice was once called the “morbus regius” (the regal disease) in the belief that only the touch of a king could cure it. 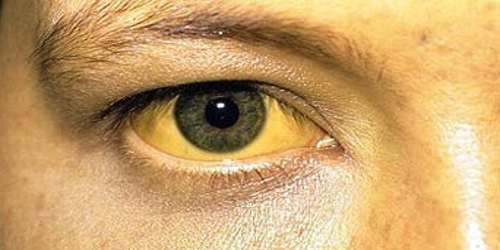 Causes of jaundice vary from non-serious to potentially fatal. Levels of bilirubin in blood are normally below 1.0 mg/dL (17 µmol/L) and levels over 2–3 mg/dL (34-51 µmol/L) typically results in jaundice. High bilirubin is divided into two types: unconjugated (indirect) and conjugated (direct). Conjugated bilirubin can be confirmed by finding bilirubin in the urine. Other conditions that can cause yellowish skin but are not jaundice include carotenemia from eating large amounts of certain foods and medications like rifampin.

There are three types of jaundice depending on what’s disrupting the normal removal of bilirubin from the body. They are: 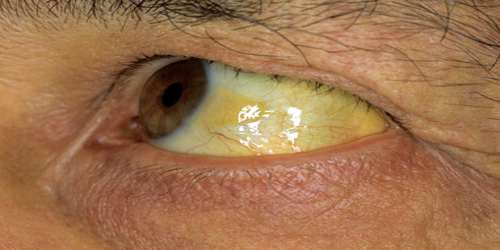 Jaundice most often occurs as a result of an underlying disorder that either causes overproduction of bilirubin or prevents the liver from disposing of it, both of which result in bilirubin being deposited in tissues. Some underlying conditions that may cause jaundice are: 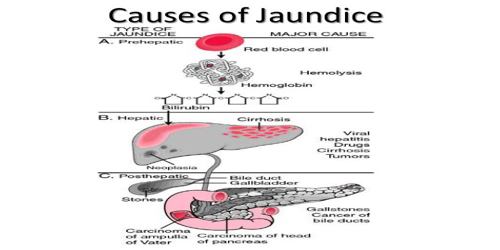 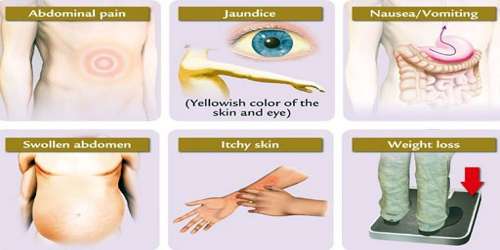 The main sign of jaundice is a yellowish discoloration of the white area of the eye and the skin. Urine is dark in colour. Slight increases in serum bilirubin are best detected by examining the sclerae, which have a particular affinity for bilirubin due to their high elastin content. Symptoms of jaundice include:

Diagnosis, Treatment and Prevention of Jaundice

Doctors will most likely diagnose jaundice based on the patient’s history and a physical exam, paying close attention to the abdomen. Doctors will be feeling for masses (tumors) in the abdomen and/or checking the firmness of the liver; a firm liver indicates cirrhosis, while a rock-hard liver indicates cancer. The severity of jaundice is determined by several tests, the first of which is a liver function test to find out whether or not the liver is functioning properly.

Treatment for jaundice in adults and older children depends on what’s causing it. This may involve treating the underlying condition, a blood transfusion or surgery. 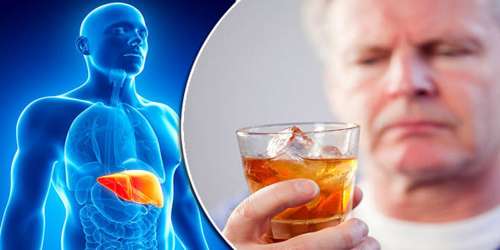 It’s not possible to prevent all cases of jaundice because it can be caused by a wide range of conditions or circumstances. Jaundice is related to the function of the liver, so it is essential that individuals maintain this vital organ’s health by eating a balanced diet, exercising regularly, and refraining from exceeding recommended amounts of alcohol.