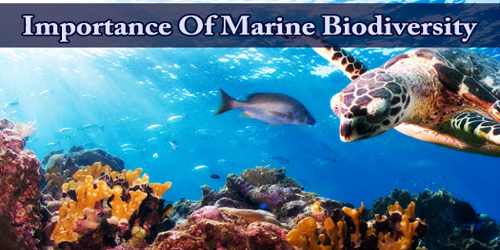 Biodiversity can refer to descriptions or assessments of the status and condition of all or selected groups of organisms, from the genetic variability to the species, populations, communities, and ecosystems. However, a concept of biodiversity also must encompass understanding the interactions and functions on all levels from individuals up to the whole ecosystem, including changes related to natural and anthropogenic environmental pressures.

Biodiversity is not distributed evenly on Earth and is richest in the tropics. These tropical forest ecosystems cover less than 10 percent of earth’s surface and contain about 90 percent of the world’s species. Marine biodiversity is usually highest along coasts in the Western Pacific, where sea surface temperature is highest, and in the mid-latitudinal band in all oceans. There are latitudinal gradients in species diversity. Biodiversity generally tends to cluster in hotspots, and has been increasing through time, but will be likely to slow in the future.

Marine Biodiversity is important to protect because today, just as always, humans are dependent on the Earth’s resources for their livelihood, health and well being In Belize, efforts have been made to conserve the incredible biodiversity that exists in the country. In addition to seasonal closures and catch limits on some fishery products, many national parks, and marine reserves have been established in an effort to protect these natural areas. Having diverse ecosystems makes organisms and systems more resilient to changes. Ecosystems that are more resistant are able to then continue to provide the following benefits:

Marine biodiversity includes coastal and marine plant and animal species, their genetic variety, the habitats and ecosystems they form part of, and the ecological processes that support all of these.

The Earth is home to an estimated 10 million species. The largest of these are divided by biologists into 3 main kingdoms: fungi, plants, and animals. The animal kingdom is divided into a further 33 distinct groups (or phyla).

Humans belong to the phylum called chordates, which includes all mammals, fishes, reptiles, and birds. Other common phyla of the animal kingdom include arthropods (insects and crustacea: crabs, shrimps, and lobsters) and molluscs (snails, squid, octopus, cockles, and mussels). There are 11 phyla existing in terrestrial environments and 28 phyla living in the sea, of which 15 are exclusively marine. Examples of exclusively marine phyla include the echinoderms (starfish and their relatives), ctenophores (comb jellies), hemichordates (acorn worms), and the echiurans (trumpet worms).

The seas provide a unique set of goods and services to society, including moderation of climate, processing of waste and toxicants, provision of vital food, medicines, and employment for significant numbers of people. Our coasts provide space to live and directly and indirectly create wealth, including millions of jobs in industries such as fishing, aquaculture, and tourism.

The marine environment, therefore, includes a far greater diversity of animal groups than the terrestrial environment, which is not surprising since living organisms first appeared in the seas several hundred million years before life on land evolved. Whether in the sea or on land, most plant and animal species are grouped into assemblages or communities characteristic of recognizable habitats.

The eastern African coast, for example, includes mangrove, seagrass and coral reef habitats. Each of these requires specific environmental conditions for its development. In the case of the mangrove habitat, shelter from wave action and soft mud or sand are the basic conditions that allow the community to flourish.