A list of symptoms associated with borderline personality disorder (BPD) include an erratic sense of self or identity, an inability to control one’s emotions, and a history of impulsive behavior. This illness, which is thought to have its origins in early childhood, can cause a lifetime of interpersonal issues for those who are unable to seek or benefit from treatment.

According to Stephanie Lee and colleagues’ (2022) recent study from the National University of Singapore, this condition is best understood from the perspective of a biosocial model in which both individual and social factors interact to produce and perpetuate its symptoms.

In their words, “BPD develops as a result of ongoing, reciprocal transactions between an individual’s biological vulnerabilities (early impulsivity and emotional vulnerability) and an invalidating childhood environment.”

To put this paradigm into practical terms, consider a friend or family member who either has a BPD diagnosis or exhibits some of its symptoms. Their intense emotional reactions might make your relationship with them feel like a never-ending series of tests that will try your patience to the breaking point.

You observe them making bad choices after bad choices, such as quitting a perfectly good job for no apparent reason. No matter how hard you try, it seems impossible to influence them to live a happier life. These “reciprocal transactions” Lee et al. mention as being a crucial component of the biosocial model.

It’s natural to want to place the blame for psychiatric issues adults face on their parents, and many of the early theories of BPD did just that. Early parenting is a concern for Lee and her colleagues as well, but because they have supporting data, the problem doesn’t turn into a blame contest.

As you can see, a child exposed to this invalidating environment may easily feel that they’re being punished for what is “an admissible and reasonable response.” Even worse, in severe cases, a child may be abused either sexually or physically.

Imagine now how this invalidation process might operate. A little child loses their cool as a playground buddy takes their plush animal. Even when it is obvious that the child is upset, an invalidating parent would tell them there is no cause for anger.

Although every parent will occasionally try to calm their child in this way, a regular drumbeat of invalidating sensations might eventually make it very difficult for the youngster to recognize and control their emotions.

The broad theoretical model connecting invalidation to BPD symptoms is supported by prior research, but Lee et al. did a meta-analysis to more thoroughly verify it. This method enables them to assign statistical estimates to the model’s constituent parts.

After removing studies that lacked the necessary information or data from a pool of 1,179 published and unpublished data sources, they were left with a collection of 21 research that included 25 independent samples of over 7,200 participants.

The research team included the potential effects of a child’s gender, culture (i.e., degree of individualism), and age in addition to scores on the critical variables of BPD symptoms and parental invalidation.

As the authors concluded, “the current study…contributes to the growing literature that parenting behaviors, in general, are moderately related to child psychopathology.”

You might agree with this result, and it also seems to support the idea that mothers, in particular, are a significant factor in a child’s development of BPD symptoms.

However, parent-child relationships do not occur in a vacuum, which is consistent with the biosocial paradigm. A behavior from their own upbringing may be being repeated by the invalidating parent. Additionally, parents influence one another, and one invalidating parent may eventually cause the other to downplay or otherwise invalidate the child’s emotional expression.

However, there is one important qualification: the parental invalidation assessments were based on self-report. The individuals’ BPD symptoms may affect how they remember their prior parenting experiences. Both longitudinal studies that follow people over time and observational studies that examine parental behavior objectively may be able to assist address this issue.

What the Findings Mean for People With BPD

The Lee et al. findings support the idea that feeling invalidated early in life can have long-lasting effects on a person’s propensities toward acting impulsively, being unable to regulate emotions, and having an unstable sense of self, even if it is only the perception of parental invalidation that is associated with BPD symptoms.

If you give the biosocial model more thought, you can consider whether you had similar experiences as a child. What if you were that child whose stuffed animal was snatched? Did your parent (or parental figure) comfort you appropriately? What about later in your childhood?

Think about a time when you weren’t invited to a friend’s birthday party. A parent who acknowledged your sense of exclusion could aid in your understanding that it’s normal to feel upset and assist you in coping with those feelings.

An invalidating parent, on the other hand, would tell you not to worry about it or even that you’re being overly sensitive. Although your memory may not be perfect, the fact that you have this particular memory of the event may be important.

In conclusion, it seems that being a member of an invalidating environment contributed to at least some of the emotional and behavioral issues that persons with BPD experience. Understanding how crucial it is for parents to help their kids navigate emotional difficulties can give you perspective on your own childhood and put your emotions as an adult in perspective. 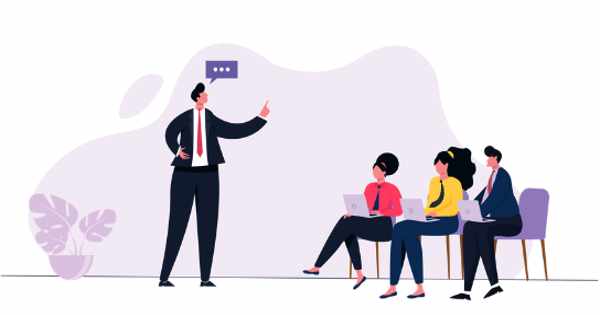 An Excellent Listener Improve the Health of Your Brain