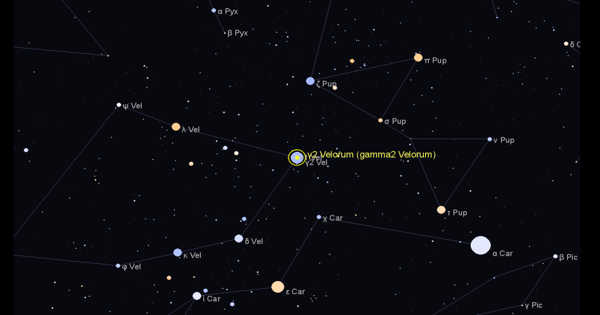 Gamma Velorum, also known as Regor, is a binary star in the constellation Vela. In the constellation Vela, it is a quadruple star system. It consists of two stars, a blue supergiant, and a Wolf-Rayet star. It is one of the brightest stars in the night sky, with a combined magnitude of +1.7, and contains by far the closest and brightest Wolf-Rayet star. The blue supergiant will erupt as a supernova in the future and is extremely bright.

The Gamma Velorum system, located at a distance of approximately 1,095 light-years from the Sun, contains the brightest and closest Wolf-Rayet star to the Sun. The star is one of the closest supernova candidates to Earth, and it is expected to explode in the not-too-distant future.

Gamma Velorum is the brightest star in the constellation Vela; in fact, it is a spectacular and complex multiple star system.

Gamma Velorum is close enough for accurate parallax measurements as well as more indirect distance estimates. The Hipparcos parallax for 2 corresponds to a distance of 342 pc. A dynamical parallax derived from orbital parameter calculations yields a value of 336 pc, which is consistent with spectrophotometric derivations. A measurement of the distance using VLTI interferometry yields a slightly higher value of 368 51 pc. All of these distances are less than the commonly assumed distance of 450 pc for the Vela OB2 association, the nearest grouping of young massive stars.

At least four stars make up the Gamma Velorum system. 2 Velorum, also known as Velorum A, is a spectroscopic binary composed of a blue supergiant of spectral class O7.5 (30 M) and a massive Wolf-Rayet star (9 M, originally 35 M). The binary has a 78.5-day orbital period and a separation ranging from 0.8 to 1.6 astronomical units. The Wolf-Rayet star is one of the closest supernova candidates to the Sun and is expected to die in a Type Ib supernova explosion. The Wolf-Rayet star has long been thought to be the primary because its emission lines dominate the spectrum, but the O star is both visually brighter and more luminous. For clarity, the components are now often referred to as WR and O.

The bright (apparent magnitude +4.2) 1 Velorum, also known as Velorum B, is a 1.48-day-old spectroscopic binary. Only the primary has been discovered, and it is a blue-white giant. It is 41.2″ away from the Wolf-Rayet binary and can be seen with binoculars. The pair is too close to be separated without optical aid, and they appear as a single star with an apparent magnitude of 1.72 (at an average brightness of 2 of 1.83).

Gamma Velorum is easy to locate because it is bright and is located in a region of the sky crowded with other bright stars. Northern observers can locate it by looking for the stars of Canis Major. Regor is reached by drawing an imaginary line from Sirius, the brightest star in the sky, through Wezen, the star at the top of a triangle of stars just south of Sirius.

April fool’s Day Asteroid Is No Joke, But No Immediate Threat 2,034 Star-Systems Get Cosmic Front-Row Seat to See Earth, According to Scientists 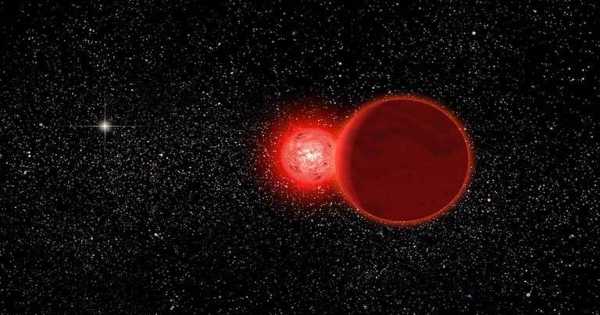 Scholz’s Star – a Binary Stellar System in the Constellation Monoceros