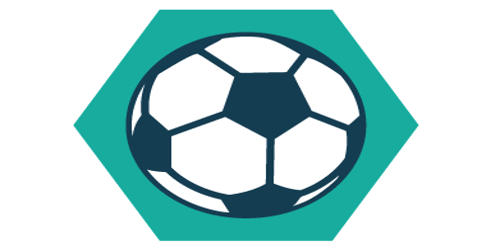 Football is not a native game. It was first played in England. Nowadays, it is played in all countries of the world. I have played various games during the last five years but no game has provided me so much pleasure as the game of football. I adjudge the game of football the best because it gives me sufficient exercise and it develops all the muscles of the mind.

A plain field is necessary for these games. It is about 120 yards long and 80 yards broad. There are borderlines all around the field. There are two goalposts on each side of the two sides. The goal-posts are 8 yards apart. The game of football is played between two teams, each team consisting of eleven players. Each team has a goal-keeper. There are two backs, three half-backs and five forwards in each team. There is a referee to conduct the game. All the players obey strictly to the whistle of the referee and the flag of the linesmen. Their referee is helped by the linesmen. The referee has whistled which he blows to pass any order. In the field his decision is final. They get themselves accustomed to strict discipline. The game is played for one and half an hour. There is an interval of 10 minutes. First of all, the ball is placed in the middle of the field. As the referee blows the whistle, a player of one party kicks the ball. Thus the game begins. Each party tries to pass the ball through the goal-posts of the opposite party. The team which scores more goals wins the game. The game has some rules. The players are allowed to kick the ball with any part of the body except their hands. The player’s boy those rules during the game on the player can touch the ball with hands. Only the goalkeeper can touch it.

If it is played in true spirit the accidents are bound to be reduced. If the instructions of the referee are violated, the game is called a foul one. Moreover, if a player injures and fouls the other team player the referee gives him a Yellow or Red Card. The yellow card is a warning card. The red card is a suspension card. This card suspends the player for the rest of the game.

In football, there is a need of the spirit of co-operation among the players. If the teams are organized orderly a feeling of brotherhood is restored. In no other game speed, pluck tactics, and presence of mind are required, as it is found in the game of football. The players are allowed to kick the ball with any part of the body except their hands. My love for the game brings me closer to the game however; they physicality of football also makes it one of my favorite sports.

The game teaches us discipline and co-operation. The game is good for your health. It makes to players prompt, careful, strong, and hardy.  The sufficient exercise to our limbs given by football helps us to grow well. It also teaches obedience to rules. Football is not a very costly game. I like the game most and play it regularly.