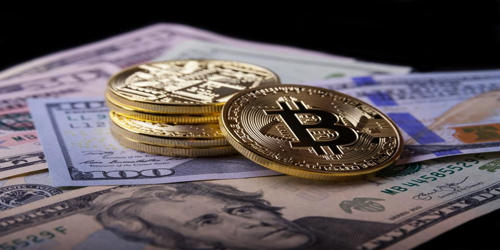 Fiat money is a currency established as money, often by government regulation, but that has no intrinsic value. It is inconvertible paper money made legal tender by a government decree. It is a government-issued currency that is not backed by a physical commodity, such as gold or silver, but rather by the government that issued it. It serves as a good currency if it can handle the roles that a nation’s economy needs of its monetary unit—storing value, providing a numerical account, and facilitating exchange. Traditionally, currencies were based on physical commodities such as silver and gold, but fiat money is based on the credit of the economy.

Most modern paper currencies are fiat currencies, including the U.S. dollar, the euro, and other major global currencies. China was the first country to use fiat currency, around 1000 AD, and the currency then spread to other countries in the world. Government-issued banknotes were first used in 11th century China. Since then, they have been used by various countries, usually concurrently with commodity currencies. It became popular in the 20th century when US President Richard Nixon introduced a law that stopped the conversion of the U.S. dollar into gold. Fiat money started to predominate in the 20th century. Since the decoupling of the US dollar from gold by Richard Nixon in 1971, a system of national fiat currencies has been used globally. Currently, most nations use paper-based fiat currencies that only serve as a mode of payment.

Fiat money can be:

For a fiat currency to be successful, the government must protect it against counterfeiting and manage the money supply responsibly. Well-known examples of fiat currencies include the pound sterling, the euro and the US dollar. In fact, very few world currencies are true commodity currencies and most are, in one way or another, a form of fiat money.