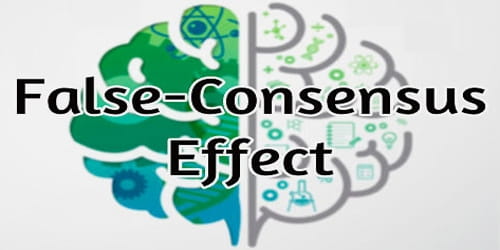 The false consensus effect occurs when we overestimate the number of other people (or the extent to which other people) shares our opinions, beliefs, and behaviors. This effect is likely to occur most often when considering opinions, beliefs, and behaviors that are important to us. This effect can be contrasted with pluralistic ignorance, an error in which people privately disapprove but publicly support what seems to be the majority view.

The false consensus effect was first described by social psychologists in 1977. In one of the first research projects demonstrating the effect, researchers approached college students as they walked across campus and asked the students to advertise a restaurant by wearing a large sign that said, “Eat at Joe’s.”

One of the possible causes of the false consensus effect involves what is known as the availability heuristic. When we are trying to estimate how common or likely something is we tend to look at the examples that come to mind most readily.

Researchers have suggested that there are three main reasons why false consensus occurs:

This effect demonstrates a type of bias to which individuals fall prey in their typical thinking, thus often referred to as a type of cognitive bias.

The concept of false consensus effect can also be extended to predictions about future others. Belief in a favorable future is the belief that future others will change their preferences and beliefs in alignment with one’s own. Belief in a favorable future suggests that people overestimate the extent to which other people will come to agree with their preferences and beliefs over time. 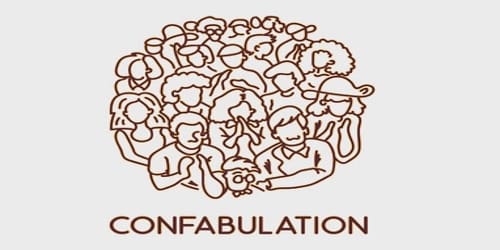