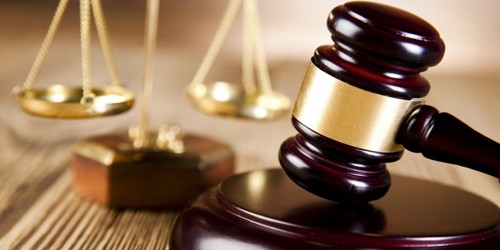 Law plays an agent of modernization and social change. The law is important for a society for it serves as a norm of conduct for citizens. In democratic countries, these are firmly under the control of civilian governments, the members of which are freely elected. Without law, there would be chaos and it would be survival of the fittest and every man for himself.

Governments legislate and judiciaries administer the law. The law is important because it acts as a guideline as to what is accepted in society. However, the degree of control over the individual and the nature of the sanctions to be applied depend partly on the traditions of the country concerned and partly on the seriousness of the law and order problems that the country faces. Without it, there would be conflicts between social groups and communities.

What is today’s problem? Political protest, leading to strikes, street demonstrations, physical violence, use of arms and weapons, mob violence and vandalism, looting, and in extreme cases, civil war. Crime against the person and against property e.g. murder, rape, theft, burglary, and vandalism. These evils spread from country to country by imitation through international media publicity. Paradoxically, they also spread when law and order sanctions are either tightened or relaxed. This dilemma faces Mr. Gorbachev precisely because of glasnost and perestroika, particularly insofar as political unrest spreads through the Soviets and Russia’s satellite neighbors.

So the distinction between personal and political motivation behind lawlessness must be made. Where the motivation is personal, i.e. based on natural violence, social resentment due perhaps to deprivation, greed, sexual amorality, hatred or drug-induced mental states, then sanctions must be toughened as required. There are arguments for and against the death penalty, but there is little doubt that it provides an effective deterrent. English law provides severer penalties for offenses against the property than against the person. In view of the muggings, street and public transport violence experienced today, this must be reversed.

Nonetheless, when a law cannot bring about change without social support, it still can create certain preconditions for social change. Every individual is endowed with personal choice. The individual must be made to choose the law and order path. Religion and morality must be instilled into children in the home, in the school and in the workplace. Some form of compulsory national service of a non-military nature would benefit young adults of all racial origins and of both sexes.

The more difficult question is that of offense against law and order when the motivation is truly political. Do citizens owe a duty to support and preserve the established order in return for the benefits they receive from it? If not, at what point does the freedom fighter become the terrorist? At what point in a democracy does the legitimate lobby become the violent, chanting, vociferous and sometimes blackmailing pressure group? The answers must, of course, depend on the political stance of the individual. Again however the distinction between political and personal motivation must be clearly made.

Theorists have traditionally maintained that there are certain broad views on the substantive criminal law. The justification for using the sanctions already mentioned in order to maintain law and order when offenses are political lies in the quality of any country’s government. Where there is a democracy, where there is a multi-party system, where the legal system is fair, where human rights including that of free speech within the law are preserved, there lies the justification. When these things are denied then there can be a case for resistance, even revolution. Disobedience of the social rules is followed by punishment of social disapproval.

Law has the complex vitality of a living organism. We can say that law is a social science characterized by movement and adaptation. Much youth delinquency could be pre-empted by discipline in the home, school and work-place, always provided the motivation behind such discipline is affection and the true well-being of the young person.