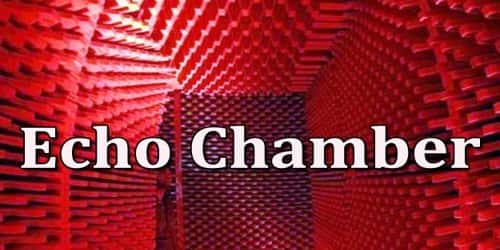 “Echo chamber” is a term widely used in today’s lexicon, that describes a situation where certain ideas, beliefs or data points are reinforced through repetition of a closed system that does not allow for the free movement of alternative or competing ideas or concepts.

By visiting an “echo chamber”, people are able to seek out information which reinforces their existing views, potentially as an unconscious exercise of confirmation bias. This may increase political and social polarization and extremism. The term is a metaphor based on the acoustic echo chamber, where sounds reverberate in a hollow enclosure.

In an echo chamber, there is the implication that certain ideas or outcomes win out because of an inherent unfairness in how input is gathered.

It is important to distinguish the difference between echo chambers and filter bubbles. Both concepts relate to the ways individuals are exposed to content devoid of clashing opinions, and colloquially might be used interchangeably. However, echo chamber refers to the overall phenomenon by which individuals are exposed only to information from like-minded individuals, while filter bubbles are a result of algorithms that choose content based on previous online behavior, as with search histories or online shopping activity.

Some critics of online journalism are worried about a phenomenon called the “echo effect,” which describes an increasingly common situation where readers are only shown content that reinforces their current political or social views, without ever challenging them to think differently. People are increasingly receiving their news online through untraditional sources, such as Facebook, Google, and Twitter, that have established personalization algorithms that cater to specific information to individuals’ online feeds. This method of curating content has replaced the function of the traditional news editor. The mediated spread of information through online networks causes a risk of an algorithmic filter bubble. 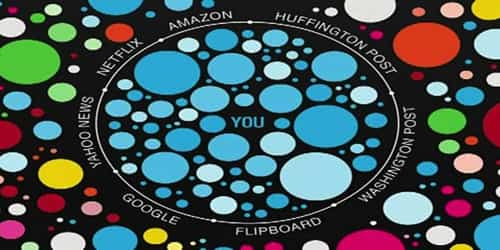 The echo chamber effect may prevent individuals from noticing changes in language and culture involving groups other than their own. Online echo chambers can sometimes influence an individual’s willingness to participate in similar discussions offline.

In addition, the term “echo chamber” can also be used in artificial intelligence or algorithm development to refer to technologies which themselves “have blinders on” or fail to contemplate the entire range of available ideas.

Another big use of the term “echo chamber” is in social media and other interactive platforms, where technologies often select bits of data from a general source according to heuristics or learning algorithms.