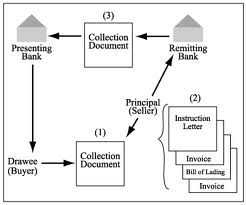 Form of Letter of Credit:

A letter of credit (L/C) may be two forms. These as below:

The most commonly used credits are sight payment credits. These provide for payment to be made to the beneficiary immodestly after presentation of the stipulated documents on the condition that the terms of the credit have been complied with. The banks are allowed reasonable time to examine the documents.

Under a deferred payment credit the beneficiary does not receive payment when his presents the documents but at a later date specified in the credit. On presenting the required documents, he received the authorized banks written undertaking to make payment of maturity. In this way the importer gains possession of the documents before being debited for the amount involved.

In terms of its economic effect a deterred payment credit is equivalent to an acceptance credit, except that there is no bill of exchange and therefore no possibility of obtaining money immediately through a descant transaction. In certain circumstances, how ever, the banks payment undertaking can be used as collateral for an advance, though such as advance will normally only be available from the issuing or confirming bank. A discountable bill offers wider scope.

Irrevocable letter of credit —cannot be cancelled or amended without the consent of all parties, including the beneficiary. This is the most common type of documentary credit in the international trade of goods

Other classes of letter of credit:

Confirmed letter of credit —a ‘confirming’ bank (either in Australia or overseas) agrees to pay you under a documentary credit, whether or not payment is received from the issuing bank

Standby letter of credit —a contingency documentary credit which you can draw on if your buyer, using another payment method, defaults in making a payment to you under the export contract

Figure: Back to Back Credit Procedure

Deferred payment letter of credit —That  letter of credit, which  expires one hundred & eighty days i.e. with in this period the documents must be sending to the negotiating bank .

Red clause—pre-shipment finance that allows you (the beneficiary) to receive an advance from the advising bank of all or part of the amount owed to you under a documentary credit so you can buy raw materials or other inputs required to manufacture the product for export.

Acceptance Credit- With an acceptance credit payment is made in the  form of a tern bill of exchange drawn on the buyer, the issuing bank or the pendent bank. Once he has fulfilled the credit requirements, the beneficiary can demand that the bill of exchange be accepted and returned to him. Thus the accepted bill takes the place of a cash payment.

An advising Bank simply advises a letter of credit without any obligation on its part. However, the advising Bank shall take reasonable care to check the apparent authenticity of the credit that it advises. The advising Bank is typically a Bank in the Beneficiaries.

The confirming Bank confirms that the issuer has issued a letter of credit. The confirming Bank becomes directly obligated on the credit to the extent of its confirmation and by confirming the Bank receives the rights and obligation of an issuer. It is to be noted that confirmation is normally done by the advising bank or by a third Bank in the Beneficiary locate.

The Bank where drafts drawn under the credit are payable. In case of a usance credit where drafts are to be accepted by this Bank.

The Bank that negotiates document under letter of credit upon presentation. Typically advising Bank as nominated as negotiating Bank.

The Bank nominated by the issuing Bank to provide reimbursement to the negotiating Bank or sometimes the payee Bank.

WHAT IS THE BASIC ACCOUNTING EQUATION?

What is Letter of Credit?