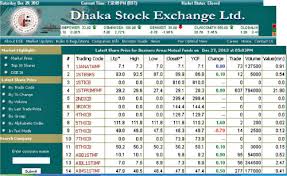 The Dhaka Stock Exchange’s activities are regulated by the following Acts & Regulations:

a) By laws, b) Listing rules, c) Memorandum of Association, d) Articles of

DSE had many new rules and regulation as well as amendments in the rules & regulation of Stock Exchange, Issues in the overall capital market. Some major ones are as follows:

Whom the Bank Grant Credit, Is the Borrower Creditworthy?

What are the Functions of Leasing Companies

Describe Types of Credit Made by the Premier Bank