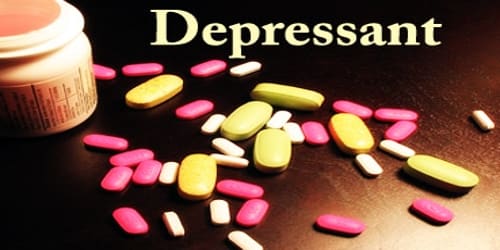 Definition: Depressant (or central depressant), sometimes called “downers,” these drugs come in multicoloured tablets and capsules or in liquid form. Some drugs in this category, such as Zyprexa, Seroquel and Haldol, are known as “major tranquillizers” or “antipsychotics,” as they are supposed to reduce the symptoms of mental illness. This is a drug that lowers neurotransmission levels, which is to depress or reduce arousal or stimulation, in various areas of the brain.

Depressants are widely used throughout the world as prescription medicines and as illicit substances. Alcohol is a very prominent depressant. Alcohol can be and is more likely to be a large problem among teenagers and young adults. When depressants are used, effects often include ataxia, anxiolysis, pain relief, sedation or somnolence, and cognitive/memory impairment, as well as in some instances euphoria, dissociation, muscle relaxation, lowered blood pressure or heart rate, respiratory depression, and anticonvulsant effects, and even complete anesthesia or death at high doses.

Depressants such as Xanax, Klonopin, Halcion and Librium are often referred to as “benzos” (short for benzodiazepines1). Other depressants, such as Amytal, Numbutal and Seconal, are classed as barbiturates—drugs that are used as sedatives and sleeping pills. 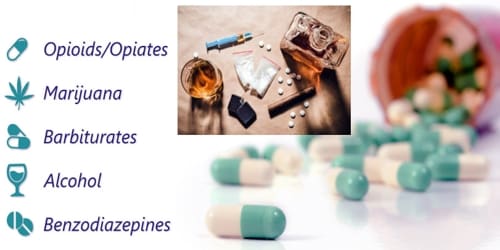 Types and Uses of Depressant: Depressants are psychoactive drugs that slow down the activity of the central nervous system (the brain and spinal cord), which reduces a person’s alertness, and also slows down functions such as breathing and heart rate. These can take the form of pharmaceutical drugs as well as illicit substances.

Some of the more common type of depressant drugs:

Depressants are useful in treating seizure disorders because they reduce the electrical activity in the brain. At higher doses, depressants can be used as general anaesthetics.

Combining multiple depressants can be very dangerous because the central nervous system’s depressive properties have been proposed to increase exponentially instead of linearly. This characteristic makes depressants a common choice for deliberate overdoses in the case of suicide. The use of alcohol or benzodiazepines along with the usual dose of heroin is often the cause of overdose deaths in opiate addicts. 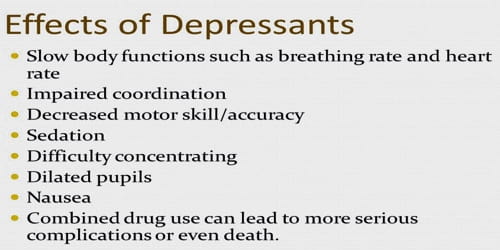 Effects of Depressant: Depressants can cause relaxation and calmness in smaller doses, which can result in a reduction in anxiety and lower inhibitions. Depressants taken in larger doses have some serious consequences, including complete loss of consciousness, loss of senses, slurred speech, respiratory depression, and even death.

These drugs can also increase the risk of high blood sugar, diabetes, and weight gain (instances of up to 100 pounds have been reported).

In small quantities, depressants can cause a person to feel more relaxed. In large quantities, they can cause unconsciousness, vomiting and death. Mixing more than one depressant is dangerous as this can make it harder to think clearly, properly control how they move and may stop their breathing and cause death.

Cause of Kidney Stones