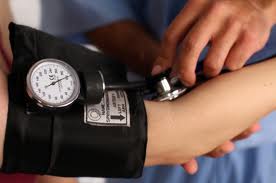 Blood pressure is the force applied against the walls of the arteries as the heart pumps blood through the body.

In 90% of people with hypertension, the cause of high blood pressure is not known and is referred to as primary or essential hypertension. While the specific cause is unknown.

Factors that can not be changed

The older a person is, the greater the likelihood that he or she will develop high blood pressure, especially elevated systolic readings. This is largely due to arteriosclerosis, or “hardening of the arteries.”

The tendency to have high blood pressure appears to run in families.

Generally men have a greater likelihood of developing high blood pressure than women. This likelihood varies according to age and among various ethnic groups.

Factors that can be changed

Some people have high sensitivity to sodium (salt), and their blood pressure increases if they use salt. Reducing sodium intake tends to lower their blood pressure. Americans consume 10-15 times more sodium than they need. Fast foods and processed foods contain particularly high amounts of sodium. Many over-the-counter medicines also contain large amounts of sodium. Read food labels and learn about salt content in foods and other products as a healthy first step to reducing salt intake. Fast food restaurants also make the salt and calorie content of their food available to consumers at their restaurants,

Drinking more than one to two drinks of alcohol per day tends to raise blood pressure in those who are sensitive to alcohol.

A sedentary lifestyle contributes to the development of obesity and high blood pressure.

Medications: Certain drugs, such as amphetamines (stimulants), diet pills, and some medications used for cold and allergy symptoms such as pseudoephedrine, tend to raise blood pressure.

Most of the time, there are no symptoms. Symptoms that may occur include: