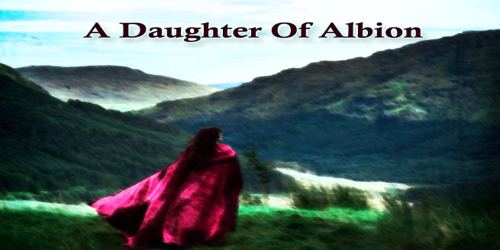 A Daughter Of Albion

Fine carriage with rubber tyres, a fat coachman, and velvet on the seats, rolled up to the house of a landowner called Gryabov. Fyodor Andreitch Otsov, the district Marshal of Nobility, jumped out of the carriage. A drowsy footman met him in the hall.

“Are the family at home?” asked the Marshal.

“No, sir. The mistress and the children are gone out paying visits, while the master and mademoiselle are catching fish. Fishing all morning, sir.”

Otsov stood a little, thought a little, and then went to the river to look for Gryabov. Going down to the river he found him a mile and a half from the house. Looking down from the steep bank and catching sight of Gryabov, Otsov gushed with laughter. . . .

Gryabov, a large stout man, with a very big head, was sitting on the sand, angling, with his legs tucked under him like a Turk. His hat was on the back of his head and his cravat had slipped on one side. Beside him stood a tall thin Englishwoman, with prominent eyes like a crab’s, and a big bird-like nose more like a hook than a nose. She was dressed in a white muslin gown through which her scraggy yellow shoulders were very distinctly apparent. On her gold belt hung a little gold watch. She too was angling. The stillness of the grave reigned about them both. Both were motionless, as the river upon which their floats were swimming.

“The devil’s in it. . . . I begin in the morning and fish all day. . . . The fishing is not up to much today. I’ve caught nothing and this dummy hasn’t either. We sit on and on and not a devil of a fish! I could scream!”

“Well, chuck it up then. Let’s go and have some vodka!”

“Wait a little, maybe we shall catch something. Towards evening the fish bite better . . . . I’ve been sitting here, my boy, ever since the morning! I can’t tell you how fearfully boring it is. It was the devil drove me to take to this fishing! I know that it is rotten idiocy for me to sit here. I sit here like some scoundrel, like a convict, and I stare at the water like a fool. I ought to go to the haymaking, but here I sit catching fish. Yesterday His Holiness held a service at Haponyevo, but I didn’t go. I spent the day here with this . . . with this she-devil.”

“But . . . have you taken leave of your senses?” asked Otsov, glancing in embarrassment at the Englishwoman. “Using such language before a lady and she . . . .”

“Oh, confound her, it doesn’t matter, she doesn’t understand a syllable of Russian, whether you praise her or blame her, it is all the same to her! Just look at her nose! Her nose alone is enough to make one faint. We sit here for whole days together and not a single word! She stands like a stuffed image and rolls the whites of her eyes at the water.”

The Englishwoman gave a yawn, put a new worm on, and dropped the hook into the water.

“I wonder at her not a little,” Gryabov went on, “the great stupid has been living in Russia for ten years and not a word of Russian! . . . Any little aristocrat among us goes to them and learns to babble away in their lingo, while they . . . there’s no making them out. Just look at her nose, do look at her nose!”

“She’s not a woman, but a maiden lady. . . . I bet she’s dreaming of suitors. The ugly doll. And she smells of something decaying . . . . I’ve got a loathing for her, my boy! I can’t look at her with indifference. When she turns her ugly eyes on me it sends a twinge all through me as though I had knocked my elbow on the parapet. She likes fishing too. Watch her: she fishes as though it were a holy rite! She looks upon everything with disdain . . . . She stands there, the wretch, and is conscious that she is a human being, and that therefore she is the monarch of nature. And do you know what her name is? Wilka Charlesovna Fyce! Too! There is no getting it out!”

The Englishwoman, hearing her name, deliberately turned her nose in Gryabov’s direction and scanned him with a disdainful glance; she raised her eyes from Gryabov to Otsov and steeped him in disdain. And all this in silence, with dignity and deliberation.

“Did you see?” said Gryabov chuckling. “As though to say ‘take that.’ Ah, you monster! It’s only for the children’s sake that I keep that triton. If it weren’t for the children, I wouldn’t let her come within ten miles of my estate. . . . She has got a nose like a hawk’s . . . and her figure! That doll makes me think of a long nail, so I could take her, and knock her into the ground, you know. Stay, I believe I have got a bite. . . .”

Gryabov jumped up and raised his rod. The line drew taut. . . . Gryabov tugged again, but could not pull out the hook.

There was a look of distress on Gryabov’s face. Sighing, moving uneasily, and muttering oaths, he began tugging at the line.

“What a pity; I shall have to go into the water.”

“I can’t. . . . There’s always good fishing in the evening. . . . What a nuisance. Lord, forgive us, I shall have to wade into the water, I must! And if only you knew, I have no inclination to undress. I shall have to get rid of the Englishwoman. . . . It’s awkward to undress before her. After all, she is a lady, you know!”

Gryabov flung off his hat and his cravat.

“What? Don’t you understand? Go away from here, I tell you! I must undress, you devil’s doll! Go over there! Over there!”

Gryabov pulled the lady by her sleeve, pointed her towards the bushes, and made as though he would sit down, as much as to say: Go behind the bushes and hide yourself there. . . . The Englishwoman, moving her eyebrows vigorously, uttered rapidly a long sentence in English. The gentlemen gushed with laughter.

“It’s the first time in my life I’ve heard her voice. There’s no denying, it is a voice! She does not understand! Well, what am I to do with her?”

“Chuck it, let’s go and have a drink of vodka!”

Gryabov flung off his coat and his waistcoat and sat on the sand to take off his boots.

“I say, Ivan Kuzmitch,” said the marshal, chuckling behind his hand. “It’s really outrageous, an insult.”

“Nobody asks her not to understand! It’s a lesson for these foreigners!”

Gryabov took off his boots and his trousers flung off his undergarments and remained in the costume of Adam. Otsov held his sides; he turned crimson both from laughter and embarrassment. The Englishwoman twitched her brows and blinked . . . . A haughty, disdainful smile passed over her yellow face.

“I must cool off,” said Gryabov, slapping himself on the ribs. “Tell me if you please, Fyodor Andreitch, why I have a rash on my chest every summer.”

“Oh, do get into the water quickly or cover yourself with something, you beast.”

Wading knee-deep in the water and drawing his huge figure up to its full height, he gave a wink and said:

“This isn’t England, you see!”

Miss Fyce coolly put on another worm, gave a yawn, and dropped the hook in. Otsov turned away, Gryabov released his hook, ducked into the water and, spluttering, waded out. Two minutes later he was sitting on the sand and angling as before.