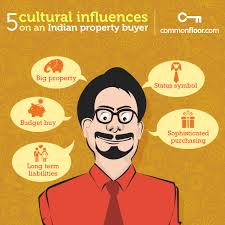 It is a great deal to write about the potentialities of one’s country for International Business when the globalization is in process. It is obvious that every country has some opportunities as well as some problems in International Business. Bangladesh has also some opportunities and some problems. Recently introduced privatization policy is now become helpful for international business in Bangladesh. It can be expected that in the near future the country will begin to get the fruits of international business in the new open market economy.

Although Bangladesh is predominantly an agricultural country but a large number of large scale industries based on both indigenous and imported raw materials have been set up. Due to the privatization policy more and more private and foreign industries are established now a days. Because Bangladesh has got a large consumer market. The government of the country already established an Export Processing Zone (EPZ) for encouraging the foreign investment. As a result, foreign industries are now established and consequently it is reducing unemployment problem of the country. The Bangladesh government attempts to encourage export growth through measures such as ensuring duty free status for some imported inputs including capital, machinery’s and providing easy access to financing for exporters.

Its low labor cost makes it one of most attractive business place for doing business for MNCs. In the recent years we have seen a large number of foreign investment in various sectors and largely in the telecom sector. We have seen foreigners are showing interest. And we have how foreign telecom companies become so familiar with our own culture, how the blend with customs, we have seen the way they have induced us. We must notice those foreign companies highly participate in our specials national festivals, important days and showing their admiration. This is the way of doing business! If you want to be positioned into their heart, you have to realize their culture influences.

Statement of the problem:

Most of the MNCs that have to sell their product or service in the area of Bangladesh are highly influenced by cultural dimensions of Bangladesh. One of their business strategy therefore is to cope with and endorse Bangladeshi culture influences and this is very thing they are doing.

Purpose of the study:

Bangladesh occupies the highest density of the world. The literacy rate is now about 34% for population 5 years and above. The country-wide intensive family planning measure is aimed at reducing the growth rate of population. It is a country of Muslims, Hindus, Buddhists and Christens. Bangladesh occupies an important position among the South Asian Region in education and culture influences. There are 12 national and 11 private universities in Bangladesh. Muslim and Hindu cultures are dominant in the country. Sometimes cultures are creating barriers in practicing business. As for example. fishing, saloon and leather business are not yet developed due to this problem. Some drugs are also prohibited by the religions. There are some traditional or cultural issues prevailing in Bangladesh which influence the business practices to some extent. These are as follows : • Personal questions should not be asked unless the other individual is a friend or close associate. • When eating or accepting things, use the right hands since the left hand so considered unclean. • Public displays of affection are considered unimportant, is one should refrain from backslapping or touching others. • The “salam “ & “ namastee “ gesture can be used to greet people. • Bargaining for goods and services is most common. • Bangladeshis are very much tolerant of outsiders and understand that many of them are unfamiliar with local customs . So, making an effort to be polite and courteous is sufficient.

Objective of the study:

General objective: the main objective of this project work is to identify the cultural influence of Bangladesh to foreign firms doing business in the country. In the same time, to assess the extent of these influences and how they affect MNCs.

When a company cross the boundary of its country it can be called as MNC. The activities of MNC that are devised and carried out across national borders to satisfy the objectives of individuals and organization.

Currently in bamgladesh we have seen various Telecom MNC such as Telenor from Norway, Singtel from Singapore, Orascom from Egypt and so on. In Bankng Sector We can see many world famous bnaks such as Standard Charted City Bank NA etc doing bisnuess in bank with a great success. We have seen MNC in Textile and Manufacturing like industries. We have seen in Tobacco Industry companies like British American Tobacco, in Technological Industry we have seen Seimens are doing direct business operation in Bangladesh. So a lot of success story; a lot of legendary names in world business world are enlighten Bangladesh.

Bangladesh can assure some competitive advantages in International Business. This advantages enables a company produce at lower cost and yields higher profit. The competitive advantages are as follows : o A large number of cheap labor . So that labor intensive project can be implemented in Bangladesh easily. o A large potential market. About 120 million people forms a big consumer and industrial market. o A weak competitive situation is prevailing in Bangladesh. o Service sector like telephone is in a competitive advantageous position. o Some sort of low cost raw materials are available like jute, fish, leather etc in Bangladesh. o Recently introduced government regulations for the foreign investors. It allows to foreigners to have 100% ownership of businesses and promises foreign investors equal treatment with domestic capital. The government also allows foreign firms to obtain working capital loans in taka from local banks.

Negligible Barriers of MNCs in Bangladesh

There are also some barriers in doing business in Bangladesh for MNC are as follows : o Bangladeshis are very much pious in their religions. Sometimes it can prohibit to produce some special types of products. o As cited first that Bangladesh is a flood affected area. Flood comes regularly in the year as well as sometimes natural calamities destroy many things and create a huge loss for the country. o In Bangladesh, there is a probability to come new and potential competitors with new technology. o The cultural issues are sometimes also barriers for MNC. But it is negligible.

There are some cultural and religious problems in Bangladesh and it may impact on doing business. Following are some suggestions for doing business in Bangladesh: • At present, the government policy is favorable to MNC for increasing foreign investment. • Joint ventures or fully subsidiaries companies can be established . • MNC can business in garments, fish processing, tourism and some electronics sectors where the competition is not begun yet. • Of course, religious and cultural aspects should be considered for doing business in Bangladesh. • Most potential and profitable sector is hotel and tourism sector. Because Bangladesh has got the largest sea beach of the world as well as the finest mangrove forest named The Sundarbans and other tourist spots in the port city Chittagong.

Culture is the acquired knowledge that people use to inter part & to generate social behavior culture is shared by members of a group. organization or society.

language is ethical in culture because it is the primary means used to transit information and ideas. A knowledge of the situation. With Direct knowledge of a language a businessperson does not have to rely on someone else to interpret or explain.

There are a number of major religions in the world. including (jewish) (Islamic) (Hindu) (Buddhist) (& confucian), Religion influence life styles values & dramatic effete.

Values are basic conviction that people have regarding what is right and wrong good and bed important & unportant.

Customs are common or cstablished practices. Manners are behaviours that are regarded as appropriate in a particular society. Customs dietate how things are to be done; manners are used in carrying them out.

Material Culture consists of objeets that people make. When studying material culture influences, we consider how people make things and who makes then and why (the economics of the situation). In examining this element of a culture, we consider the basis economics infrastructure such as the country’s transportution, communications, energy establishment.

Aesthetics :
relates to the artistic tastcs of a culture.
Education :
Education influcrces many aspects or culture. Literate people rend widely and have a much better understanding of that is happening in the world.

Power distance is the degree to which less powerful member of organizations and institutions accept the fact hat power is not distributed equally. people in societics where authority is obeyed without question live in a high power distance culture.

Uncertainty avoidance is the extent to wich fell threatened by ambiguous situations and have created institutions and bellies for minimizing o avoiding these uncertainty.

Masculinity is the degree to which the dominant values of a society are “success, money, and things”

Findings of the Study

Whenever we will turn on the TV and if it was a Bangladeshi channel we will definitely watch commercials of various Telecom MNC and we will encounter its hard to find it whether they are an MNC or a domestic firm! The way they are advertising their products.

It seems like they have they great admiration towards our culture. It has to be like that. Because if we have a close at our Bangladeshi trends and culture influences we have a high passionate and tendency of Bangladeshi to admire and celebrate its special days. What the Bangladeshi proud for? The 1971 Liberation war, 1952 Language movement. And they love to observe these days. We Bangladeshi have a huge number of festivals. We want to celebrate the Bengali new year with tremendous spirit and glory and the Pahela Falgun. Bengalis love to enjoys Festivals, they have a tendency to shop more in those festivals and we seen how telecom MNC capitalize these buying tendency of Bengalis. It has been said that we are like to consume more rather save more. That’s why we ( specially the students society) do not have enough food to eat at the middle of month even if we have a good amount of earning per month, because, all these money have been wasted due to excessive use of mobile phones.

We have a tendency to talk more rather than doing more. And the mobile companies are capitalize the opportunity because of this bad habits of our.

It can be observed from the above discussions that various cultural elements have a high impact on MNC business strategy. To capture and to attract customers MNCs are trying to cope with our culture influences and customs to a large extent. They are trying to unify with our Bangladeshi culture to make the Bangladeshis experience a home feelings. Which is in turn; actually, making a good amount of customer attraction and business earning for those MNCs.