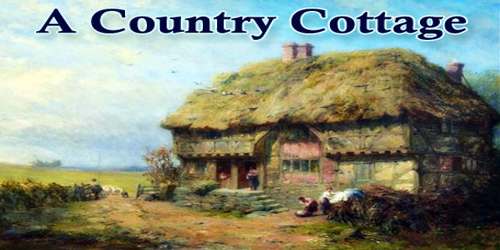 Two young people who had not long been married were walking up and down the platform of a little country station. His arm was round her waist, her head was almost on his shoulder, and both were happy.

The moon peeped up from the drifting cloudlets and frowned, as it seemed, envying their happiness and regretting her tedious and utterly superfluous virginity. The still air was heavy with the fragrance of lilac and wild cherry. Somewhere in the distance beyond the line a corncrake was calling.

“How beautiful it is, Sasha, how beautiful!” murmured the young wife. “It all seems like a dream. See, how sweet and inviting that little copse looks! How nice those solid, silent telegraph posts are! They add a special note to the landscape, suggesting humanity, civilization in the distance… Don’t you think it’s lovely when the wind brings the rushing sound of a train?”

“Yes… But what hot little hands you’ve got… That’s because you’re excited, Varya… What have you got for our supper to-night?”

“Chicken and salad… It’s a chicken just big enough for two… Then there is the salmon and sardines that were sent from town.”

The moon as though she had taken a pinch of snuff hid her face behind a cloud. Human happiness reminded her of her own loneliness, of her solitary couch beyond the hills and dales.

“The train is coming!” said Varya, “how jolly!”

Three eyes of fire could be seen in the distance. The stationmaster came out on the platform. Signal lights flashed here and there on the line.

“Let’s see the train in and go home,” said Sasha, yawning. “What a splendid time we are having together, Varya, it’s so splendid, one can hardly believe it’s true!”

The dark monster crept noiselessly alongside the platform and came to a standstill. They caught glimpses of sleepy faces, of hats and shoulders at the dimly lighted windows.

“Look! Look!” they heard from one of the carriages. “Varya and Sasha have come to meet us! There they are!… Varya!… Varya… Look!”

Two little girls skipped out of the train and hung on Varya’s neck. They were followed by a stout, middle-aged lady, and a tall, lanky gentleman with grey whiskers; behind them came two schoolboys, laden with bags, and after the schoolboys, the governess, after the governess the grandmother.

“Here we are, here we are, dear boy!” began the whiskered gentleman, squeezing Sasha’s hand. “Sick of waiting for us, I expect! You have been pitching in to your old uncle for not coming down all this time, I daresay! Kolya, Kostya, Nina, Fifa… children! Kiss your cousin Sasha! We’re all here, the whole troop of us, just for three or four days… I hope we shan’t be too many for you? You mustn’t let us put you out!”

At the sight of their uncle and his family, the young couples were horror-stricken. While his uncle talked and kissed them, Sasha had a vision of their little cottage: he and Varya giving up their three little rooms, all the pillows, and bedding to their guests; the salmon, the sardines, the chicken all devoured in a single instant; the cousins plucking the flowers in their little garden, spilling the ink, filled the cottage with noise and confusion; his aunt talking continually about her ailments and her papa’s having been Baron von Fintich…

And Sasha looked almost with hatred at his young wife and whispered:

“No, it’s you,” answered Varya, pale with anger.”They’re your relations! They’re not mine!”

And turning to her visitors, she said with a smile of welcome: “Welcome to the cottage!”

The moon came out again. She seemed to smile, as though she were glad she had no relations. Sasha, turning his head away to hide his angry despairing face, struggled to give a note of cordial welcome to his voice as he said:

“It is jolly of you! Welcome to the cottage!”