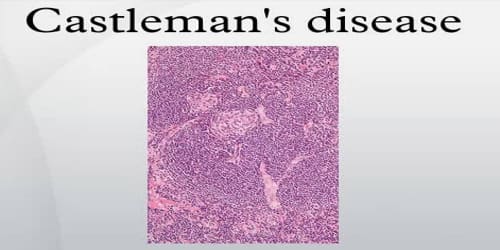 Definition: Castleman’s disease (CD) is a rare disease of lymph nodes and related tissues. Castleman disease is not cancer, although some of the methods used to treat Castleman disease also are used to treat cancers. It was first described by Dr. Benjamin Castleman in the 1950s. Instead, it is called a lymphoproliferative disorder. This means there is an abnormal overgrowth of cells of the lymph system that is similar in many ways to lymphomas (cancers of lymph nodes).

Unicentric Castleman disease (UCD) only affects a single group of lymph nodes, often in your chest or belly. It’s the most common type.

The other type is called multicentric Castleman disease (MCD). It affects many lymph nodes in your body. Because it’s so widespread, doctors can’t remove the problem areas the way they can with UCD. A combination of drugs can keep the disease under control but can’t cure it. 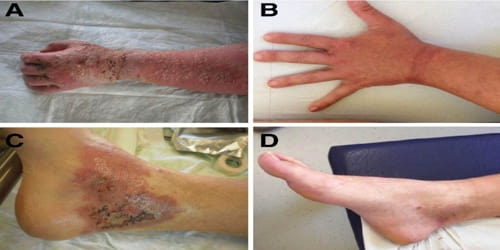 Causes, Signs, and Symptoms: The main feature of Castleman’s Disease (CD) is an overgrowth of lymphocytes (immune cells) called B cells. The cause of this overgrowth is not known for sure, but it seems to be related to problems with the way a person’s immune system is working. Many people with CD have abnormally high blood levels of certain substances made by immune system cells.

One cause seems to be infection with human herpesvirus-8 (HHV-8), also known as Kaposi sarcoma herpesvirus (KSHV) (because it can cause Kaposi sarcoma). HHV-8 is often found in the lymph node cells in people who have MCD, especially those who are HIV positive. HHV-8 can cause infected cells to make a form of IL-6, which could explain how it leads to CD.

Castleman disease is rare, and there are no reliable estimates of its frequency in the population. 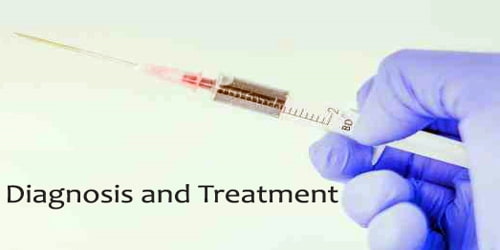 Diagnosis and Treatment of Castleman’s Disease: The diagnosis of CD does involve looking at any symptoms the patient may have and blood test results. However, an actual diagnosis is made when doctors remove an affected lymph node and look at it with a microscope.

Treatment for Castleman disease can involve a combination of different approaches, including:

Several different classes of medications have been used to treat Castleman disease.

These chemotherapy drugs are most often used in Castleman disease: