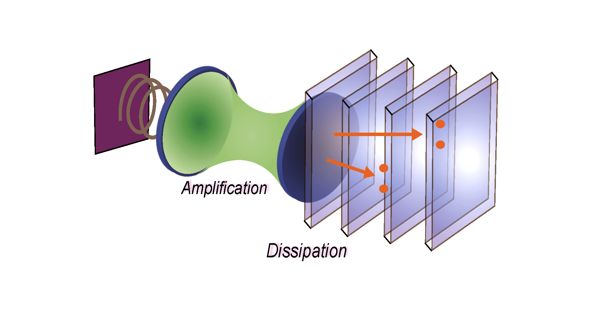 The Casimir effect is a small attractive force that acts between two close parallel uncharged conducting plates. In quantum field theory, the Casimir effect and the Casimir–Polder force are physical forces arising from a quantized field. It is caused by quantum vacuum fluctuations of the electromagnetic field. The effect was first postulated in 1948 by Dutch physicist Hendrik Casimir. It was not until 1997 that a direct experiment by S. Lamoreaux quantitatively measured the force to within 5% of the value predicted by the theory.

Casimir effect is an attractive force created by the net action of virtual photons on physical objects in close proximity. For example, beads on a string as well as plates submerged in turbulent water or gas illustrate the Casimir force.

According to the theory, the total zero-point energy in the vacuum is infinite when summed over all the possible photon modes. The Casimir effect comes from a difference of energies in which the infinities cancel. More generally, it refers to the interaction – which may be either attractive or repulsive – between material bodies due to quantum fluctuations in whatever fields are relevant. The energy of the vacuum is a puzzle in theories of quantum gravity since it should act gravitationally and produce a large cosmological constant, causing spacetime to curl up. The solution to the inconsistency is expected to be found in a theory of quantum gravity. 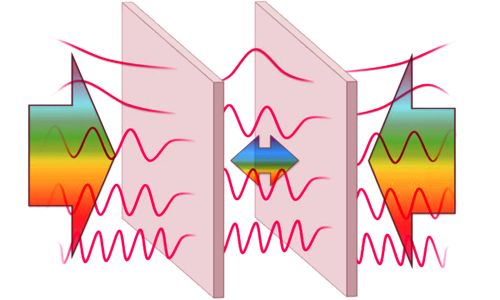 The Casimir effect can be understood by the idea that the presence of conducting metals and dielectrics alters the vacuum expectation value of the energy of the second-quantized electromagnetic field. To understand the Casimir Effect, one first has to understand something about a vacuum in space as it is viewed in quantum field theory. Since the value of this energy depends on the shapes and positions of the conductors and dielectrics, the Casimir effect manifests itself as a force between such objects. The Casimir force is the mutual attraction of two closely spaced, parallel, and uncharged conducting planes that persist even at absolute zero temperature. This force results from a change in the zero-point energy of the electromagnetic field between the plates, due to the modification of the field modes as the plates are brought together.

Any medium supporting oscillations have an analog of the Casimir effect. It is an attractive force created by the net action of virtual photons on physical objects in close proximity. For example, beads on a string as well as plates submerged in turbulent water or gas illustrate the Casimir force.  It is a local version of the van der Waals force between molecules. Its sweep ranges from perhaps it’s being the origin of the cosmological constant to its being responsible for the confinement of quarks.

In modern theoretical physics, the Casimir effect plays an important role in the chiral bag model of the nucleon; in applied physics, it is significant in some aspects of emerging microtechnologies and nanotechnologies. The applications of the Casimir effect for constraining predictions of extra-dimensional unification schemes and other physics beyond the standard model are also considered. Difference between Volume and Capacity