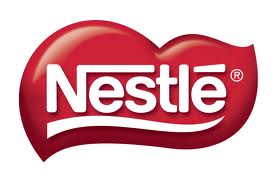 Case study in developing a global luxury brand in a niche of an otherwise mass-market business and in so doing has created what…selling its capsules in mass retailing outlets for the first time, Nestlé has decided to boost even further its luxury marketing approach for Nespresso. This is based on what it likes to call its “trilogy concept” – top quality coffee grandly described… By Paul Betts (Financial times editor)

Nestlé has been thinking about how to respond to generic rivals threatening to challenge it’s spectacularly successful luxury coffee brand, Nespresso. The stakes for the Swiss food multinational are particularly high.

Only last week, Nestlé reported higher-than-expected first-quarter revenues, in large measure thanks to the continued boom in demand for its Nespresso coffee capsules. Since it was launched in 1985, Nespresso has grown at an annual rate of about 30 per cent.

It has become one of the company’s so-called “billionaire brands” with sales last year of SFr2.8bn ($2.6bn). It has also become a compelling case study in developing a global luxury brand in a niche of an otherwise mass-market business and in so doing has created what has been called the Louis Vuitton of coffee.

Under the circumstances, it was only going to be a matter of time before others decided to exploit this business. This month, French retail outlets began selling espresso coffee capsules compatible with Nespresso machines made by Sara Lee of the US under its L’Or Maison du Café label. These are about 10 per cent cheaper than Nespresso capsules and come in four varieties – “Delizioso”, “Decaffeinato”, “Splendente” and “Forza”.

Next month, another rival product is set to hit the market. This one has been developed by a venture called Ethical Coffee Company set up by Jean-Paul Gaillard, a former Nespresso chief executive. His capsules, also compatible with Nespresso machines, will be sold by the French retailer Casino.

Why is the competition targeting its first assault against Nespresso in France? Simply because the country, along with Germany, is one of the biggest markets for Nestlé’s luxury coffee brand. The latest sales figures show that Europe continues to account for 90 per cent of Nespresso sales with the Americas and Asia each accounting for 5 per cent.

So what is Nestlé going to do? The answer is nothing, or as Richard Giradot, Nespresso’s current chief executive, told the French newspaper Le Figaro on Tuesday: “Our response is not to respond.” Rather than engage in a price war and start selling its capsules in mass retailing outlets for the first time, Nestlé has decided to boost even further its luxury marketing approach for Nespresso.

This is based on what it likes to call its “trilogy concept” – top quality coffee grandly described like fine wines as “grand cru”, stylish coffee machines and highly personalised customer service. Coffee machines are available in retail outlets but the capsules – there are about 19 varieties – can only be bought online, by telephone or at the 190 or so Nespresso boutiques scattered round the world. Customers are also automatically enrolled as members of the Nespresso club and loyalty programme.

Nestlé plans to open a further 40 boutiques this year and has just started testing a home delivery service in Paris that will eventually be introduced in other countries. The Swiss multinational’s lawyers are also working overtime to see whether the rival capsules infringe one of the 1,700 patents it has filed to protect its Nespresso brand. In so doing it is following the example of litigious luxury goods groups that have traditionally fought tooth and nail to protect their brands.