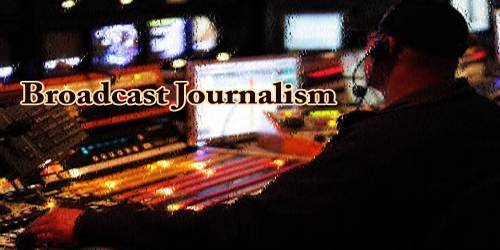 Broadcasting Journalism, more commonly known as Broadcast Journalism, is a type of news reporting presented to the public electronically or by radio instead of being published in newspapers. Broadcast methods include radio (via air, cable, and Internet), television (via air, cable, and Internet), and, especially recently, the Internet generally. Such media disperse pictures (static and moving), visual text, and/or sounds. Broadcast journalism is meant to be dispersed more quickly than older forms of journalism, including print media, and is meant to be more accessible. Radio and television broadcasts are designed to get the news out to a wide variety of people in a language that is much less formal than traditional print media. News that is broadcast over the Internet can update people on events as soon as they happen. This can occur through articles, social media, and more.

Broadcast articles can be written as “packages”, “readers”, “voice-overs” (VO), and “sound on tape” (SOT).

A “sack” is an edited set of video clips for a news story and is common on television. It is typically narrated by a reporter. It is a story with audio, video, graphics, and video effects. The news anchor, or presenter, usually reads a “lead-in” (introduction) before the package is aired and may conclude the story with additional information, called a “tag”.

A “reader” is an article read without accompanying video or sound. Sometimes an “over the shoulder digital on-screen graphic” is added.

A voice-over, or VO, is a video article narrated by the anchor. Sound on tape, or SOT is sound or video usually recorded in the field. It is usually an interview or sound bite.

Broadcast journalism specifically refers to a way of delivering the news to the people other than via the newspaper or other print sources. Generally, this category includes anyone associated with a radio or television (and increasingly the internet) news broadcast. This includes: news anchors, producers, reporters, correspondents, directors, writers, audio technicians, and many more. If their work goes into a news program broadcast over the television, the radio, or even over the internet, then they are working in broadcast journalism.

To work in broadcast journalism, one usually needs at least a bachelor’s degree. Broadcast journalist students learn the basics of what it means to report the news over their specific medium, and the differences between their work and those of print journalists.

Though all journalists want to deliver the news as coherently as possible, the written space afforded most print journalists allows them to give background and flesh out important facts of a story in greater detail. Broadcast journalists, often handcuffed to strict 30-second or one-minute segments, don’t have that luxury. Broadcast journalists must be to the point, delivering facts in plain, easily digestible language.

Radio was the first medium for broadcast journalism. Many of the first radio stations were co-operative community radio ventures not making a profit. Later, radio advertising to pay for programs was pioneered in the radio. Later still, television displaced radio and newspapers as the main news sources for most of the public in industrialized countries. Some of the programming on the radio is locally produced and some is broadcast by a radio network.

“Edward Roscoe Murrow” the significance of this name in broadcast journalism cannot be overlooked for those who are remotely interested in the topic. Following the advent of FM radio in 1935, Murrow was assigned by CBS the largest radio network in the United States at the time as director of talks. But it wasn’t until his move to London in 1937 to become the network’s chief correspondent for Europe that he became a household name. Having gathered the best group of reporters to work with (famously known as “Murrow’s Boys”) he oversaw the creation of what we know today as foreign news broadcasting.

Murrow gained his fame mainly after reporting on Hitler’s German army annexing Austria. Many Americans relied on his broadcasts throughout the war to gain information about the war. More people also began to rely on radio for information after the attacks on Pearl Harbor. People found out about the bombing through President Roosevelt’s broadcast interrupting their daily programming. It set Americans on edge, and people began to rely more heavily on the radio for major announcements throughout World War II. World War II was a time where radio broadcasting became a much larger industry because it was the easiest and quickest way for people to get updates on what was going on throughout the world.

Reporting on the war from beleaguered London through his program World News Roundup, his cogent outlook teamed with his mastery of language influenced Americans to believe in a war they did not want nor think was worth meddling in. His report on the Nazi concentration camp in Buchanwald was one of many broadcasts that hold considerable historical significance in broadcast journalism until this day.

In a survey then taken in 1940, 65% of respondents had stated that radio was their preferred source of news, and Murrow’s audience had grown to 22 million, including President Roosevelt and his cabinet. Then in September of 1940 the month of London’s bombing by the Germans, the percentage of Americans voting to aid Britain raised from 16 to 52. As a result, Murrow’s journalistic career failed to meet its match in the generations that followed whilst his peers continued to emulate his style for decades onwards.

Throughout the 1940s and 1950s television news sources grew, but radio still dominated. It wasn’t until John F. Kennedy’s assassination in 1963 that television newscasting took off. Radio could only capture the sound of the event, but television showed people the true horror of the assassination. This was one of the first major events in which news companies competed with each other to get the news out to the public first. CBS News was the first to report that Kennedy had been shot and was killed. News crews spent the next several days covering everything happening in Washington, including Kennedy’s funeral. This set the standard for news stations to have to cover major events quicker and get them out to the public as they were happening. The JFK assassination helped to transform television journalism to how it is today, with instantaneous coverage and live coverages at major events. Television offered faster coverage than radio and allowed viewers to feel more as if they were experiencing the event because they could visualize exactly what was going on.

NBC (National Broadcasting Company) and CBS (Columbia Broadcasting System) were the two competing forces of news broadcasting in the early years of broadcast journalism. NBC was established in 1926 and CBS in 1927. There was a divide in the industry because they were not only competing against each other but radio news that had already been established.

In 1979 when 52 Americans were captured by Iranian militants from Tehran’s U.S. Embassy, television viewers needed extensive information beyond regular network’s evening newscasts. This prompted ABC to create a late-night news program called Nightline. Unlike shows like 60 Minutes, it was produced every day with live coverage accessed via new satellite technology. It was the first time viewers could get interviews and further analysis on the day’s top stories.

In 1986 was the year that children witnessed the launch of NASA’s Challenger and experienced the tragedy of live television. It unexpectedly exploded whilst carrying its first private citizen, teacher Christa McAuliffe. The lesson of media here was that anything live cannot be edited or filtered thus can be heartbreaking.

Since WWII, most Americans have received news of the most important events of the 20th century via either the radio or television. From the assassination of President Kennedy, to the Moon landing, to 9/11, all were captured, and transmitted to the public, by broadcast journalists.

Both radio and television are major sources for broadcast journalism today, even with rapidly expanding technology. Television still focuses on covering major events, but radio broadcasts focus more on analyzing stories rather than reporting breaking news. Television (TV) news is considered by many to be the most influential medium for journalism. For most of the American public, local news and national TV newscasts are the primary news sources. Not only the numbers of audience viewers, but the effect on each viewer is considered more persuasive (“The medium is the message”). Television is dominated by attractive visuals (including beauty, action, and shock), with short sound bites and fast “cuts” (changes of camera angle). Television viewing numbers have become fragmented, with the introduction of cable news channels, such as Cable News Network (CNN), Fox News Channel, and MSNBC.

Convergence is the sharing and cross-promoting of content from a variety of media, all of which, in theory, converge and become one medium. In broadcast news, the internet is a key to convergence. Frequently, broadcast journalists also write text stories for the Web, usually accompanied by the graphics and sound of the original story. Websites offer the audience an interactive form where they can learn more about a story, can be referred to related articles, can offer comments for publication and can print stories at home. Technological convergence also lets newsrooms collaborate with other media, broadcast outlets sometimes have partnerships with their print counterparts.

To work in broadcast journalism, one usually needs at least a bachelor’s degree. Broadcast journalist students learn the basics of what it means to report the news over their specific medium, and the differences between their work and those of print journalists.

Graduates will be prepared to enter the world of reporting and producing at a news station or even in businesses, such as publishing houses, advertising agencies, or public relations firms. They can work as:

Though all journalists want to deliver the news as coherently as possible, the written space afforded most print journalists allows them to give background and flesh out important facts of a story in greater detail. Broadcast journalists, often handcuffed to strict 30-second or one-minute segments, don’t have that luxury. Broadcast journalists must be to the point, delivering facts in plain, easily digestible language.

The term “fake news” or “Yellow journalism” has taken over broadcast journalism throughout the past and current years. Its impact on broadcast journalism played a role in how news about the election was spread. Fake news defines how viewers see the news that may be misleading or false. The main aim of Yellow Journalism is to gather the attention of people in society.

Social Status of Women in Bangladesh 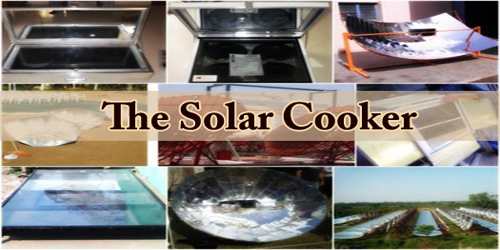 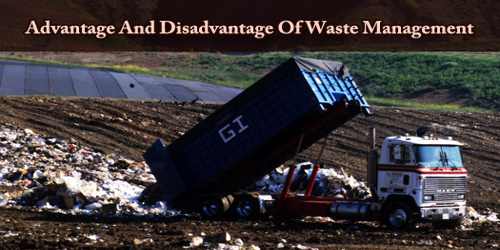 Advantage And Disadvantage Of Waste Management