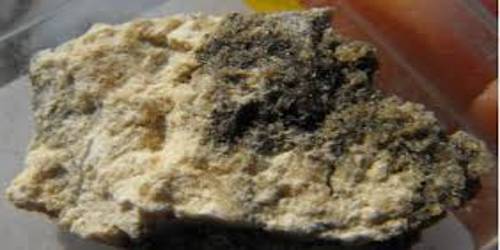 Bischofite is a hydrous magnesium chloride mineral with formula MgC12·6H2O. is a hydrous magnesium chloride mineral that was first discovered in 1877 from the Leopoldshall and Stassfut, Germany. The mineral was named after Karl Gustav Bischo, German geologist, and mineral chemist, University of Bonn, Bonn, Germany. It belongs to halides and is a sea salt concentrate dated from the Permian Period (nearly 200 million years ago).

Bischofite is ecologically pure natural magnesium poly-mineral with a unique composition. It contains many macro- and micro-elements vital for human health, in much higher concentrations that can be found in sea or ocean salt. The main bischofite compound is magnesium chloride (up to 350 g/L), moreover, it contains about 70 other elements as impurities, including potassium, sodium, bromine, boron, calcium, silicon, molybdenum, silver, zinc, iron and copper. 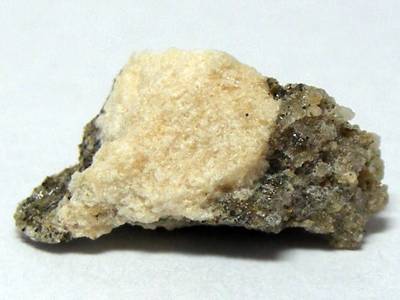 Bischofite is a colorless or white mineral having translucent to transparent appearance, vitreous luster, and a white streak. It exhibits conchoidal fractures, and it can be formed as massive fibrous or granular structures. The density is 1.56 g/cm3, and its hardness ranges from 1.5 to 2.

Bischofite is named in honor of German geologist Gustav Bischof (1792–1870). Its discovery (1877) is attributed to Carl-Christian Ochsenius. At its type locality bischofite it an evaporite formed in an ancient seabed, which was deposited more than 200 million years ago, during the Permian Period.

In 1930–1950, vast bischofite deposits were discovered near the Volga River in Russia. The mineral is mined by dissolving an underground dry mineral stratum with artesian water. The resulting brine is pumped out.

Bischofite deposits differ by their composition: some of them are salt basins where it is mixed with other minerals such as carnallite, halite, kieserite, and anhydrite. These are the so-called bischofite containing rocks which have pink-brown-yellow and orange-red colors. It occurs in saline deposits formed from carnallite. It is closely linked with minerals like kieserite, halite, and carnallite.

One of those rare deposits is located in the Volgograd region of Russia. Another one was found in the 1990s in the Poltava region in Ukraine. This is one of the deepest (2.5 km [1.6 mi]) and thus oldest bischofite deposits.