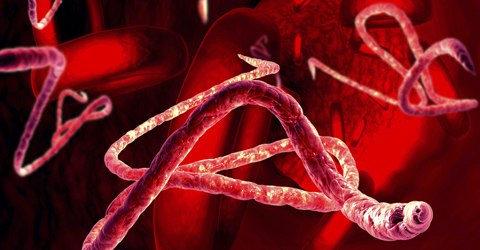 A bioterrorism attack is the conscious release of viruses, bacteria, or other microorganisms to cause illness or death. These germs are frequently found in nature. But they can sometimes be made more dangerous by increasing their ability to cause disease, spread, or resist medical treatment.

Biological agents extend through the air, water, or in food. Some can also extend from person to person. They can be very tough to detect. They don’t cause illness for several hours or days. Scientists be anxious that anthrax, botulism, Ebola and other hemorrhagic fever viruses, plague, or smallpox could be used as biological agents. Some Bioterrorism Agents and Diseases that causes:

Although the Scientists continues to search for an premature detection system for biological, chemical, and radiation terrorist attacks, none of these systems have been perfected. The medical society is advised to look out for strange diseases not typically seen in the area. Other potential clues that raise suspicion for a bioterrorism attack include new types of antibiotic resistance in bacteria, because some biologic agents are modified (weaponized) to make them more lethal, unusual numbers of cases of a disease, and atypical presentation of diseases.

The common public should continuously be vigilant for bioterrorism. Events that might suggest an attack include a large number of ill or dead people in a small geographic area, multiple dead animals of different species, and patients with multiple different diseases, indicating a mixed attack. Biological agents could either be found in the environment using advanced detection devices, after detailed testing or by a doctor reporting a medical diagnosis of an illness caused by an agent. Animals may also be early victims and shouldn’t be overlooked.

The defending measures that are in place against smallpox and anthrax remain controversial. Vaccines against both diseases are available. However, both vaccines carry the risk of serious side effects. In the absence of a confirmed case of smallpox, the CDC’s position is that the risks of resuming general smallpox vaccination out-weigh the potential benefits. Vaccine is available for use in a bioterrorist emergency, when the benefits of mass vaccination could well outweigh the risks of harm due to the vaccine. Moreover, vaccines delivered and injected during the incubation period for smallpox (approximately 12 days) convey at least some protection from the ravages of the disease.