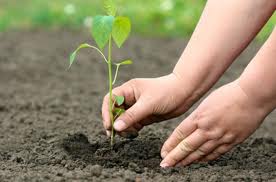 Corporate Social Responsibility: Jamuna Bank believes that Corporate Social Responsibility (CSR) is integral and inseparable part of the long term business and sustainable growth and success, which plays an important role in promoting values both locally and internationally. The bank integrates all social, environmental and socio-economical issues in the time of its decision making. Contribution in CSR programs is always supported and encourage by the Board of Directors of the Bank. The management reports to the Board on CSR activities and is responsible to implement a specific line of approving authority, control and monitoring for financial support to such activities.

In the table below, sector-wise spending of the Bank for CSR purpose in 2009 and 2010 has been furnished:

Jamuna Bank Foundation has been established to act as a helping hand to the community people and Bank’s commitment towards CSR. The Foundation always plays its role by extending charitable and beneficial social services. The Foundation has been promoting a dialogue between the Bank and its community for over nine years. Through its programs, the Foundation strives to preserve and promote cultural heritage and support artistic expression. It also provides funding for state-of-art research, as well as for innovative projects in the areas of education, social insertion and disability.

Jamuna Bank Foundation has been formed with the aim of achieving some objectives, which has been stated below:

1. To take possible initiatives in increasing social well-being and alleviating poverty from the country.

2. To support the education by establishing new educational institutions, providing stipends/ scholarship to the poor and brilliant students.

3. To provide awards to the Scholars in eight significant arenas for their outstanding contribution. These arenas are:

4. To assist research activities on Bengali Literature through BanglaAcademy.

5. To support the writers and publishers through purchasing their books and distributing these to different educational institutions on the occasion of national and historical days.

6. To assist the unemployed young to make them self-sufficient.

7. To assist the rootless and distressed orphans through taking appropriate steps for their mental perfection and self-support.

8. To support in establishing hospitals, clinics, etc. for the improvement of the health sector, to donate one time financial endowment to the poor artiste, literature-patron and fatal disease-affected poor patients, to support the poor father for arranging his daughter’s marriage, to help poor but bright students.

Financing of the Foundation

MBL Foundation receives requests for financial aid from disable people, disaster victims for various organizations including educational and professional institutions and charities. In response of these requests, the Foundation comes forward to aid these people and institutions. In 2009, 144 individual distressed and disabled people have been given financial assistance from the Bank’s Foundation.

MBL behaves in a responsible manner with the community people, intending to contribute towards changing the standard of peoples life. In discharging the CSR responsibilities, the bank contributes on the areas of education, health, employment, professional development, art and culture, disaster management and contributes to the national exchequer as well.

MBL always shares the well and woe of the distressed people. It emphasizes on addressing the needs of disaster victims.

During 2009, MBL provides the following donation to the Prime Minister’s relief fund through various organizations to help the Cyclone “Aila” affected people:

Distribution of Winter Clothes among the Poor People

BDR mutiny in February, 2009 caused an irretrievable loss to the nation. MBL has widened its arms to share the sufferings of the revolt-affected families. To help BDR mutiny-affected families the Bank makes the following donations:

In 2010 MBL has donated an amount of BDT 5 million to the Prime Minister’s Relief Fund for the victims of Neemtoli of the OldTown of the Capital.

MBL believes that earnings profit is not the only goal; rather it always wants to maximize the social being. The Bank provides support to different medical and health institutions each year.

MBL has been supporting the various professional bodies each year.

During year 2009 MBL provides the following donations for the education and learning purposes:

Some professional institutions that MBL donates in 2010 are:

As a recognized benefactor of culture, MBL takes some non-profit initiatives every year. Cultural institutions have been donated to organize cultural events in different times.

Fostering the Traditional Games and Sports

Fostering the Traditional Games and Sports

Contribution to the Economy

Contribution to the National Exchequer

The Bank plays its responsibility to the Government of Bangladesh paying corporate tax regularly. Each year, 42.50% Tax is being paid to the National Exchequer from its operating profit. The Bank has made provision of BDT 1,010.59 million for corporate tax in 2010 against BDT 855.26 million in 2009.

Bangladesh Bank has made it mandatory for all banks to provide loans to the Agriculture Sector. MBL gives advances to this sector through its rural branches. Moreover, MBL in collaboration with different NGOs gives agricultural loans to poor farmers.

Care for the Environment

The whole world is increasingly experiencing the devastating effects of environmental changes for green house effects due to global warming. The Bank is mindful of its responsibilities to the future generations by playing its part in promoting environmental awareness and in the conservation of the environment. The Bank takes environmental issues very cautiously while financing new projects. It finance only in those projects which are environment-friendly. Early detection of environmental risks is an integral part of credit appraisal system of the Bank. Ecological damage will sooner or later harm not only the society but also the Bank, in the form of loan losses or image problems. In this regard, the Bank participated by sending its officials in Foreign Trading Program on “Environmental Issues”. Issue of Green Banking is considering with utmost core in the Bank.