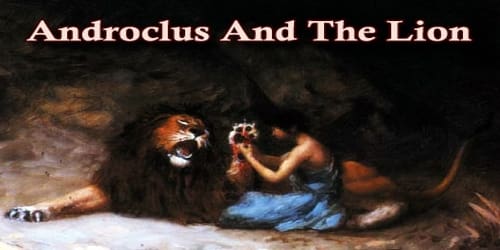 In Rome, there was once a poor slave whose name was Androclus. His master was a cruel man, and so unkind to him that at last Androclus ran away.

He hid in a wildwood for many days, but there was no food to be found, and he grew so weak and sick that he thought he should die. So one day he crept into a cave and lay down, and soon he was fast asleep.

After a while, a great noise woke him up. A lion had come into the cave and was roaring loudly. Androclus was very much afraid, for he felt sure that the beast would kill him. Soon, however, he saw that the lion was not angry, but that he limped as though his foot hurt him.

Then Androclus grew so bold that he took hold of the lion’s lame paw to see what the matter was. The lion stood quite still and rubbed his head against the man’s shoulder. He seemed to say,

“I know that you will help me.”

Androclus lifted the paw from the ground and saw that it was a long, sharp thorn which hurt the lion so much. He took the end of the thorn in his fingers; then he gave a strong, quick pull, and out it came. The lion was full of joy. He jumped about like a dog and licked the hands and feet of his new friend.

Androclus was not at all afraid after this; and when night came, he and the lion lay down and slept side by side.

For a long time, the lion brought food to Androclus every day; and the two became such good friends, that Androclus found his new life a very happy one.

One day some soldiers who were passing through the wood found Androclus in the cave. They knew who he was, and so took him back to Rome.

It was the law at that time that every slave who ran away from his master should be made to fight a hungry lion. So a fierce lion was shut up for a while without food, and a time was set for the fight.

When the day came, thousands of people crowded to see the sport. They went to such places at that time very much as people nowadays go to see a circus show or a game of baseball.

The door opened, and poor Androclus was brought in. He was almost dead with fear, for the roars of the lion could already be heard. He looked up and saw that there was no pity in the thousands of faces around him.

Then the hungry lion rushed in. With a single bound he reached the poor slave. Androclus gave a great cry, not of fear, but of gladness. It was his old friend, the lion of the cave.

The people, who had expected to see the man killed by the lion, were filled with wonder. They saw Androclus put his arms around the lion’s neck; they saw the lion lie down at his feet, and lick them lovingly; they saw the great beast rub his head against the slave’s face as though he wanted to be petted. They could not understand what it all meant.

After a while, they asked Androclus to tell them about it. So he stood up before them, and, with his arm around the lion’s neck, told how he and the beast had lived together in the cave.

“I am a man,” he said; “but no man has ever befriended me. This poor lion alone has been kind to me, and we love each other as brothers.”

Others cried, “Let the lion go free too! Give both of them their liberty!”

And so Androclus was set free, and the lion was given to him for his own. And they lived together in Rome for many years. 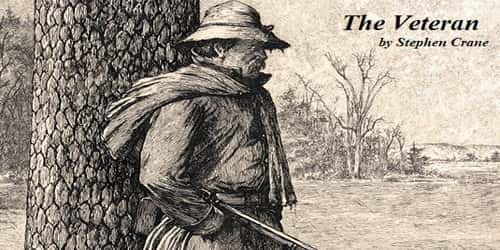 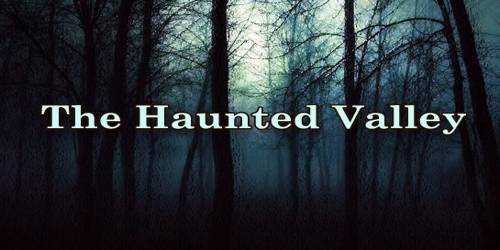 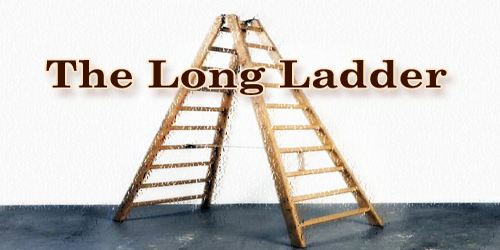