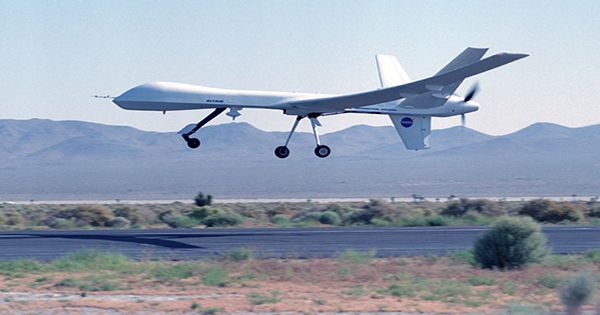 On June 4, the unveiled Boeing MQ-25T1 test material was demonstrated for the first time for air-to-air refueling with the help of the F / A-18 Super Hornet. As you can see in the footage released by the U.S. Navy, the drone stretched its hose and rogue and was able to supply jet fuel to the military aircraft behind it by performing its initial mission. Although an experiment, both aircraft were flying at the expected speed and altitude in a real scene. This was the 25th T1 flight. The opening aircraft has been extensively tested in preparation for the actual refueling event.

The Navy paid Boeing $805 million to build the first four MQ-25 aircraft and then another $84.7 million to bring the number of drones to seven. Rear Adm. Brian Corey, who oversees the Program Executive Office for Unmanned Aviation and Strike Weapons, said in a statement, “This team of professionals was integral to the successful flight.”

“Over the next few years, we will work side by side with Boeing to provide these skills that will greatly expand the future carrier air branch.” “This historic event is an achievement for our joint Boeing and Navy team to do their utmost to critically deliver the MQ-25’s critical refueling capabilities to the fleet as soon as possible,” added Leanne Carrett, President and CEO of Boeing Defense. Space and security.

“Their job is to be the driving force behind the safe and secure integration of defense systems into the immediate future of defense operations.” Preparations for the MQ-25T1 will continue for testing in the U.S. Navy’s carrier later this year. A newly developed naval drone made history by refueling a warplane at midnight on Friday, the first time an unmanned tanker had fired a propelled aircraft.

A Navy F / A-18 Super Hornet fighter jet pilot followed the drone at the MU-25 sting at the same speed until the drone could be attached, after taking off from Illinois Central America Airport, where Boeing was testing the drone, a press release said. After attaching it to the jet fuel pod under its wing in the jet tank, the drone pumped fuel before detaching.