Scientists re-surveyed the River Thames in 1964 and discovered a 95% drop in mussel populations, with one species the depressed river mussel being completely extinct.

The extensive study tracked changes in the size and population of all mussel species in a section of the River Thames close to Reading between 1964 and 2020.

The findings were startling: not only had native populations drastically decreased, but the remaining mussels were also more younger-looking for their age, indicating slower growth.

Because they clean the water and get rid of algae, mussels are essential to freshwater habitats. They are exposed to everything in the water because they are filter feeders, which makes them an important gauge of ecosystem health. Other aquatic creatures can survive in mussel shells as well.

“Mussels are a great indicator of the health of the river ecosystem. Such a massive decline in mussel biomass in the river is also likely to have a knock-on effect for other species, reducing the overall biodiversity,” said Isobel Ollard, a PhD student in the University of Cambridge’s Department of Zoology and first author of the report.

She added: “The depressed river mussel used to be quite widespread in the Thames, but this survey didn’t find a single one which also raises concerns for the survival of this species.”

Mussels are a great indicator of the health of the river ecosystem. Such a massive decline in mussel biomass in the river is also likely to have a knock-on effect for other species, reducing the overall biodiversity.

The study also recorded new arrivals: the invasive, non-native zebra mussel, Dreissena polymorpha, and Asian clam, Corbicula fluminea both absent from the original 1964 survey were present in high numbers. According to scientists, invasive species most likely spread throughout the Thames by boarding boats as they sailed upriver.

The results are published today in the Journal of Animal Ecology.

“This dramatic decline in native mussel populations is very worrying, and we’re not sure what’s driving it,” said Professor David Aldridge in the University of Cambridge’s Department of Zoology, and senior author of the report.

He added: “While this might seem like a rather parochial little study of a single site in a single river in the UK, it actually provides an important warning signal about the world’s freshwaters.”

Because zebra mussels are known to suffocate native species to death, the invasive species may be to blame for the reduction in native mussel populations. But the scientists claim that additional research is necessary to be certain. The use of the land near the river may have changed, or the fish populations on which mussels depend for part of their life cycle may have changed.

The survey found that the population of duck mussels, Anodonta anatina, had decreased to just 1.1% of 1964 levels, and the painter’s mussel, Unio pictorum, decreased to 3.2%.

The scientists hypothesize that the river’s restoration to a more “natural” state may be evidenced by the mussels’ slower pace of growth. Due to stricter regulation of sewage treatment, levels of nitrate and phosphate in river water have decreased since 1964. The amount of food that the mussels could eat would be restricted if these nutrients were to decline.

Mussel species are threatened globally. According to the researchers, monitoring the health of rivers and determining how to manage them depends on conducting frequent population surveys of important species like this one.

To ensure the survey was an exact replica of the original, Ollard contacted Christina Negus who had done her survey while a researcher at the University of Reading in the sixties.

Negus, who is no longer a scientist, shared details of the methods and equipment she had used. Her report, published in 1966, continues to be cited extensively as evidence of the major contribution mussels make to ecosystem functioning in rivers. 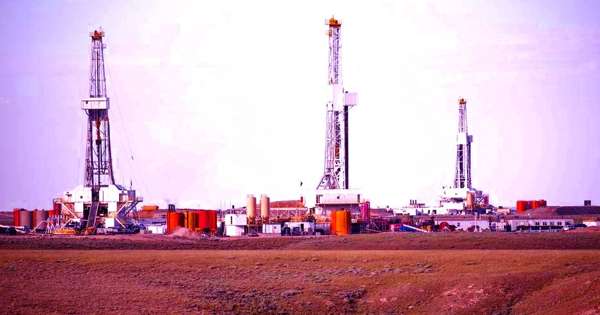 Hydraulic Fracturing may have an Influence on Surface Water Quality

Near Santorini, a Hitherto Undiscovered Volcanic Lava Chamber has Been Found Deep Beneath the Mediterranean