Home Science Health According to study, Breast Cancer Risk is not increased by Fertility Drugs 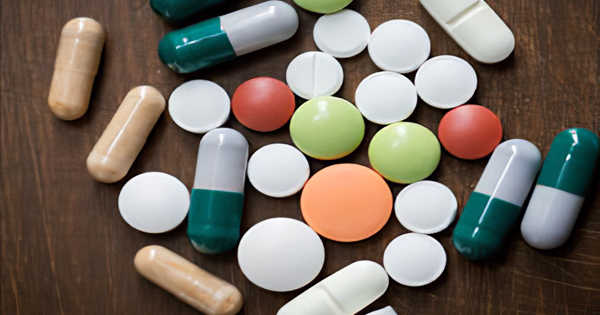 According to a meta-analysis, medicines that stimulate the ovaries to release eggs as part of fertility treatment do not appear to increase the risk of developing breast cancer. Nonetheless, the researchers stated that the quality of the evidence was very low because many of the studies they reviewed were not randomized, which could have biased the results.

According to new research, drugs commonly used during fertility treatments to release eggs do not increase the risk of developing breast cancer. In collaboration with King’s Fertility, researchers from King’s College London examined studies involving 1.8 million women undergoing fertility treatments. These women were studied for an average of 27 years and showed no increase in the risk of developing breast cancer.

The study, which was published in the journal Fertility and Sterility, is the largest to date in determining whether commonly used fertility drugs pose a cancer risk to women.

Drugs routinely used during fertility treatments to release eggs do not increase the risk of developing breast cancer, new research has shown.

Fertility treatments can range from using medications to stimulate an egg’s released during a woman’s natural cycle to more complex treatments such as IVF, which involves stimulating a patient’s ovarian cycle, extracting eggs from their ovaries, fertilizing them with sperm in a laboratory, and transferring the embryo into the womb to develop.

Since the early 1960s, fertility drugs that stimulate the ovaries to release eggs have been used to treat infertility. Drugs are used to stimulate the ovaries to increase oestrogen hormone production and have the potential to act on breast cells. Concerns have been raised that this could cause the cells to become cancerous, raising questions about the possibility of infertility drugs causing breast cancer.

The study spans the years 1990 to January 2020. This study included women of all reproductive ages who were followed up for an average of 27 years after their fertility treatment. ‘ Researchers discovered no statistically significant increase in risk for women who received treatment versus untreated women, or for untreated women who were infertile.

“Our study showed that the use of drugs to stimulate ovaries in fertility treatment did not put women at increased risk of breast cancer,” said Dr. Sesh Sunkara of King’s College London and King’s Fertility. This research provides the evidence needed to reassure women and couples considering fertility treatments.”

Katy Lindemann, a patient advocate with firsthand knowledge of fertility treatment, stated: “Much of the anxiety, stress, and fear associated with fertility treatment stems from navigating uncertainty. This study not only gives patients emotional peace of mind, but it also allows us to make more informed decisions about treatment risks and benefits on a rational level.”

Dr. Kotryna Temcinaite, Senior Research Communications Manager at Breast Cancer Now, stated, “Every year, approximately 55,000 UK women are diagnosed with breast cancer.” We urgently need to learn more about the factors that increase a person’s risk of developing breast cancer in order to prevent women from dying from the disease.

This research was a meta-analysis. A meta-analysis combines and analyzes the findings of numerous previous studies. In this case, the researchers looked at 20 studies that looked at medicines that stimulate the ovaries and the risk of breast cancer.

The researchers compared fertility treatment women to two groups of women who had not been exposed to ovary stimulating medicine: women in the general population with no fertility issues and women diagnosed with infertility. The researchers compared clomiphene citrate, gonadotropins, and a combination of clomiphene citrate and gonadotropins in this study.