Home Science Mathematic According to a Multinational Study, Smaller Class Sizes are not Always Better for Students Smaller class sizes are not always linked to higher student performance and achievement, according to a recent statistical analysis of data from a long-term research on the teaching of mathematics and science.

Smaller class sizes can have varying effects depending on countries, academic disciplines, years, and differing cognitive and non-cognitive skills. Many other factors are also likely to be at play. These findings are reported in a paper in Research Papers in Education.

In general, especially among parents, smaller class sizes in schools are thought to be highly desired. Smaller class sizes enable teachers to better retain control and provide individualized instruction for each student.

As such, many countries limit the maximum size of a class, often at around 30 pupils. However, studies on the impact of class size have typically come up empty, with some pointing to benefits and others not.

These studies have also frequently been fairly small-scale, tended to concentrate just on reading and math, and have not taken into account how class size affects non-cognitive abilities like interest and attentiveness.

To try to get a clearer picture, Professor Spyros Konstantopoulos and Ting Shen at Michigan State University, US, decided to analyze data produced by the Trends in International Mathematics and Science Study (TIMSS).

Every four years since 1995, TIMSS has monitored the performance and achievement of fourth grade (age 9-10) and eighth grade (age 13-14) pupils from around 50 countries in mathematics and science. It includes information on class numbers as well as the academic aptitude of the students in various courses as well as their self-reported attitude and interest in them.

Most class size effects were not different than zero, which suggests that reducing class size does not automatically guarantee improvements in student performance. Many other classroom processes and dynamics factor in and have to work well together to achieve successful outcomes in student learning.

The research team limited the analysis to eighth-grade student data from Hungary, Lithuania, Romania, and Slovenia that were gathered in 2003, 2007, and 2011 in order to make it more manageable. They selected these four nations because they all set maximum class sizes, which would increase the validity of the statistical analysis.

Despite these limitations, the data still encompassed 4,277 pupils from 231 classes in 151 schools, making it much larger than most previous studies on class size. It was also the first study to look at how class size affected non-cognitive skills as well as specific science areas including biology, chemistry, physics, and earth science.

The analysis revealed that smaller class sizes were associated with benefits in Romania and Lithuania, but not in Hungary and Slovenia. Smaller classrooms were related with better academic performance in mathematics, physics, chemistry, and earth science as well as increased enjoyment of learning mathematics in Romania, where the positive impacts were most pronounced.

In Lithuania, however, smaller class sizes were mainly associated with improvements in non-cognitive skills such as greater enjoyment in learning biology and chemistry, rather than higher academic achievement in these subjects. The beneficial effects were also only seen in certain years.

“Most class size effects were not different than zero, which suggests that reducing class size does not automatically guarantee improvements in student performance,” said Professor Konstantopoulos. “Many other classroom processes and dynamics factor in and have to work well together to achieve successful outcomes in student learning.”

Because schools in Romania and Lithuania have less funding than those in Hungary and Slovenia, the researchers believe that smaller class sizes may have had a more positive impact on students there.

“This finding is perhaps due to the fact that class size effects are more likely to be detected in countries with limited school resources where teacher quality is lower on average,” said Professor Konstantopoulos. 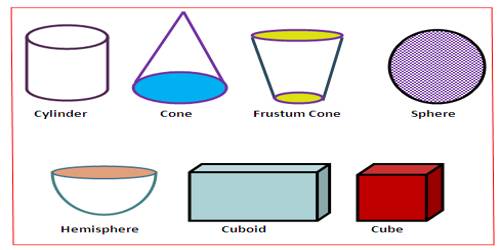