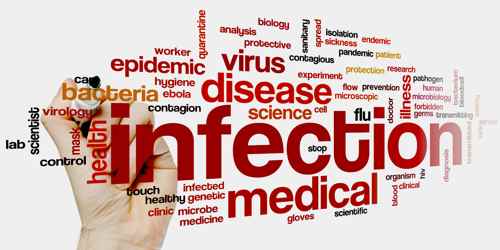 Infection is the presence of microorganisms causing damage to body tissues, usually in the presence of acute inflammation (pain, swelling, redness, heat, and loss of function). Infections can be localized, as in pharyngitis, or widespread as in sepsis, and are often accompanied by fever and an increased number of white blood cells. The invasion and multiplication of microorganisms such as bacteria, viruses, and parasites those are not normally present within the body. An infection may cause no symptoms and be subclinical, or it may cause symptoms and be clinically apparent. An infection may remain localized, or it may spread through the blood or lymphatic vessels to become systemic (bodywide). Infectious disease, also known as transmissible disease or communicable disease is illness resulting from an infection. 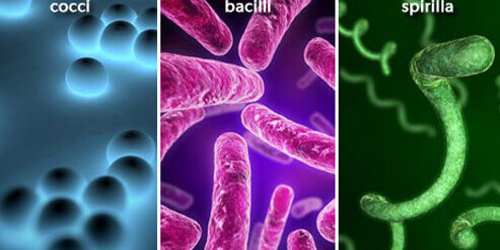 Infections are caused by infectious agents including viruses, viroids, prions, bacteria, nematodes such as parasitic roundworms and pinworms, arthropods such as ticks, mites, fleas, and lice, fungi such as ringworm, and other macroparasites such as tapeworms and other helminths. Some infections are mild and barely noticeable, but others are severe and life-threatening, and some are resistant to treatment. Infection can be transmitted in a variety of ways.

These include skin contact, bodily fluids, contact with feces, airborne particles, and touching an object that an infected person has also touched. How an infection spread and its effect on the human body depend on the type of agent. The immune system is an effective barrier against infectious agents, but colonies of pathogens may grow too large for the immune system to fight. At this stage, infections become harmful. 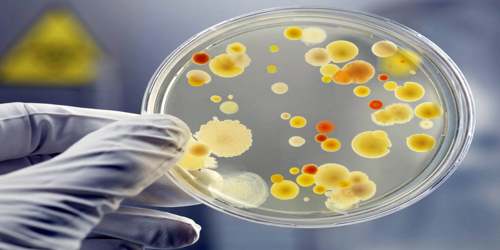 Bacteria, viruses, fungi, protozoa, parasites, and prions are different types of pathogen. They vary in their size, shape, function, genetic content, and how they act on the body.

Viral infections: Viral infections are caused by a virus. Millions of types of virus are thought to exist, but only 5,000 types have been identified. Viruses contain a small piece of genetic code. They are protected by a coat of protein and fat. Viruses target specific cells, such as those in the genitals or upper respiratory tract. The rabies virus, for example, targets the nervous system. Some viruses target skin cells, causing warts. Others target a wider range of cells, leading to various symptoms. A flu virus can cause a runny nose, muscle aches, and an upset stomach. 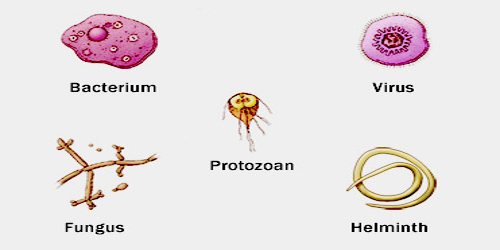 Bacterial infections: Bacteria are single-celled microorganisms known as prokaryotes. There are estimated to be at least one nonillion bacteria on Earth. A nonillion is a one followed by 30 zeros. Much of Earth’s biomass is made up of bacteria.

Bacteria can live in almost any kind of environment, from extreme heat to intense cold, and some can even survive in radioactive waste.

Fungal infection: A fungus is an often multi-cellular parasite that can decompose and then absorb organic matter using an enzyme. There are approximately 51 million species of fungus. Many fungal infections will appear in the upper layers of the skin, and some progress to the deeper layers. Inhaled fungal spores can lead to systemic fungal infections, such as thrush, or candidiasis. Systemic diseases affect the whole body.

Other infections: While the forms of infection mentioned above are the main types, there are others that can have an effect on the body.

The symptoms of an infection depend on the type of disease. Some signs of infection affect the whole body generally, such as fatigue, loss of appetite, weight loss, fevers, night sweats, chills, aches, and pains. Others are specific to individual body parts, such as skin rashes, coughing, or a runny nose.

Diagnosis, Treatment, and Prevention of Infection

Diagnosis of infectious disease sometimes involves identifying an infectious agent either directly or indirectly. In practice, most minor infectious diseases such as warts, cutaneous abscesses, respiratory system infections and diarrheal diseases are diagnosed by their clinical presentation and treated without knowledge of the specific causative agent. The diagnosis is aided by the presenting symptoms in any individual with an infectious disease, yet it usually needs additional diagnostic techniques to confirm the suspicion. Some signs are specifically characteristic and indicative of a disease and are called pathognomonic signs, but these are rare. Not all infections are symptomatic. In children, the presence of cyanosis, rapid breathing, poor peripheral perfusion, or a petechial rash increases the risk of a serious infection by greater than 5 fold. Other important indicators include parental concern, clinical instinct, and temperature greater than 40 °C. 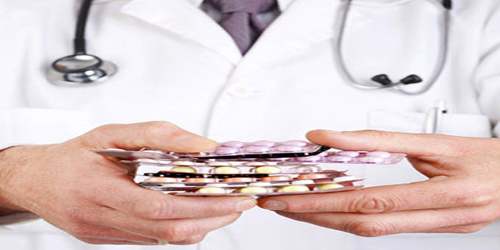 Many infections, like the common cold, are self-limited and require no specific treatment. Understanding this concept is crucial because the misuse of antibiotics does not help the affected patient and may damage society by fostering antimicrobial resistance, e.g., in microorganisms such as methicillin-resistant Staphylococcus aureus. Many common infections, such as urinary tract infections or impetigo, respond well to antimicrobial drugs. Others, like abscesses, may require incision and drainage.

There is no single way to prevent all infectious diseases, but the following tips can reduce the risk of transmission:

A healthy, active lifestyle can help keep the immune system strong and able to defend the body against different kinds of infection.

Symptoms and Treatment for Deviated Septum