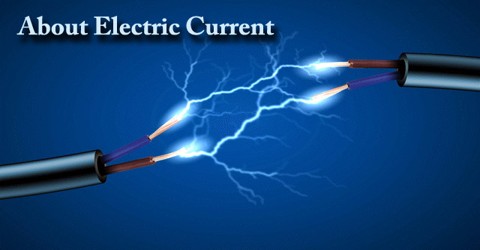 Electric Current is defined as the rate of flow of net charge through the conductor with respect to time. The direction of current is conventionally is in the direction of flow of positive charge. It is the flow of charge per unit time. Electric current actually consists of the motion of the electrons. The protons are tightly packed inside the nucleus of an atom whereas electrons are at the outer shells in the orbits around the nucleus. Since electrons are loosely held by the nucleus, they are able to travel freely within the limits of the body. This makes an electric current. 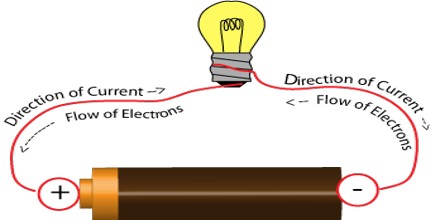 Electric currents cause Joule heating, which creates light in incandescent light bulbs. They also create magnetic fields, which are used in motors, inductors and generators. The particles that carry the charge in an electric current are called charge carriers. In metals, one or more electrons from each atom are loosely bound to the atom, and can move freely about within the metal. These conduction electrons are the charge carriers in metal conductors.

Most electric charge is carried by the electrons and protons within an atom. Protons have positive charge, while electrons have negative charge. However, protons are mostly immobilized inside atomic nuclei, so the job of carrying charge from one place to another is handled by electrons. Electrons in a conducting material such as a metal are largely free to move from one atom to another along their conduction bands, which are the highest electron orbits. 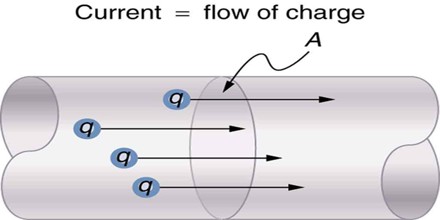 The Flow of Electrons

Electrical current is very similar to a water current, only instead of water molecules moving down a river, charged particles move down a conductor. Current is the flow of charged particles through a conducting medium, such as a wire. When we talk about electricity, the charged particles we’re referring to are almost always electrons. You see, the atoms in a conducting material have lots of free electrons that float around from atom to atom and everywhere in between. The motion of these electrons is random, so there is no flow in any given direction. However, when we apply a voltage to the conductor, all of the free electrons will move in the same direction, creating a current. 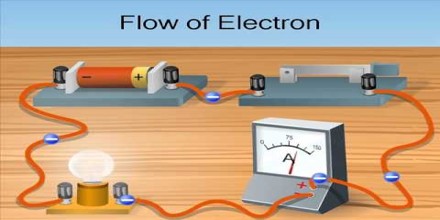 Imagine an iron beam with a rectangular cross section. Consider one single frame in this beam. Let’s visualize the flow of electrons inside the beam. Let’s consider the electron flow from the right to the left as Qnegative and flow from left to the right as Qpositive. The total resultant electrical current through the frame in the time interval‘t’ is Qnet=Qpositive–Qnegative. Electric current is nothing net charge through the frame divided by the time interval.

Under normal conditions, the electrons are flowing haphazardly inside the body. So the total motions of the electrons through the frame cancel out since there are the same amounts going in both directions. If the electric current comes out to be negative then it means that the current is flowing the opposite direction. 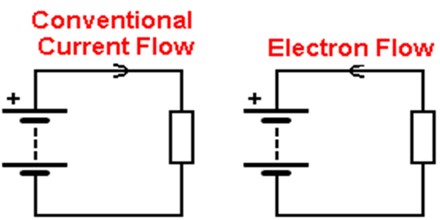 Alternating current, abbreviated AC, pushes the electrons back and forth, changing the direction of the flow several times per second. Audio and radio signals carried on electrical wires are also examples of alternating current. An important goal in these applications is recovery of information encoded (or modulated) onto the AC signal. 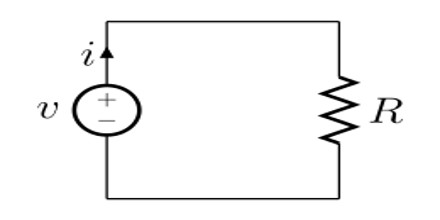 Natural observable examples of electrical current include lightning, static electricity, and the solar wind, the source of the polar auroras.

In electronics, other forms of electric current include the flow of electrons through resistors or through the vacuum in a vacuum tube, the flow of ions inside a battery or a neuron, and the flow of holes within a semiconductor. 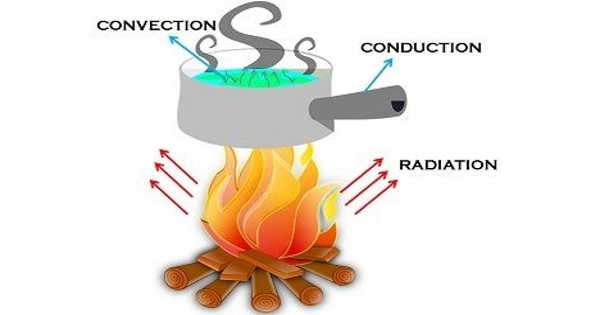 Difference between Conduction and Convection 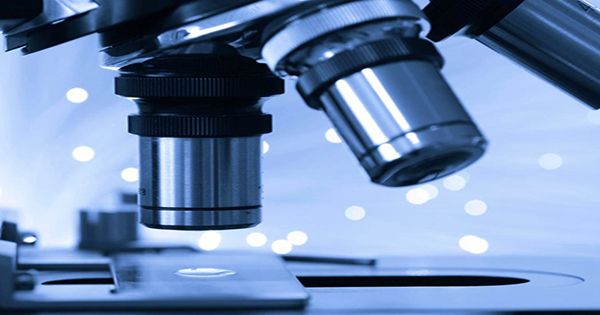 Macroscopic Quantum Entanglement Reveals A Loophole In The Uncertainty Principle