According to recent research in the Elsevier-published American Journal of Preventive Medicine, having access to paid sick leave is associated with a decreased death rate among US working-age men and women.

The study demonstrates that legislation mandating paid sick leave for employees had a positive impact on lowering mortality rates from homicide and suicide among males and homicide and alcohol-related causes among women.

The results also show that recent increases in mortality among working adults (up 6% from 2010-2017) were probably caused by state laws that prohibit local governments from imposing such regulations.

“We were surprised by how large the ‘preemption effect’ for paid sick leave mandates turned out to be. We project that mortality could potentially decline by over 5% in large central metro counties currently constrained by preemption laws if they were able to mandate a 40-hour annual paid sick leave requirement.”

The study analyzed data from the US Center for Disease Control and Prevention’s National Vital Statistics System (NVSS) on deaths among adults ages 25-64 by county from 1999-2019. While taking into account unemployment rates and Medicaid expansion, statistical studies were conducted to evaluate connections between these mortality numbers and minimum wage and paid sick leave regulations.

These findings build on our prior research on the effect of minimum wage preemption laws on infant mortality, adding another policy dimension that addresses working-age mortality and paid sick leave laws a natural extension of our prior work.

The most startling results are those that pertain to compulsory paid sick leave: each additional hour is linked to a considerable decrease in mortality from suicide and homicide for males, and homicide and alcohol-related deaths for women.

The investigators calculated that mortality among their working-age population would have been 7.5% lower in the four counties (Orange County in Florida, and Bexar, Dallas, and Travis Counties in Texas) that attempted to mandate paid leave, only to have their state react by preempting their authority to do so.

Few developed nations, including the US, have a nationwide paid sick leave policy, leaving millions of people to decide whether to report to work sick or remain home unpaid and risk losing their jobs.

The research demonstrates that, even before the COVID-19 pandemic, the lack of a paid sick leave requirement was a factor in the alarming upward trends in working-age adult mortality. When people take time off to recover, the likelihood of financial difficulty and involuntary job loss increases, which might raise the likelihood of suicidal thoughts, drug use, and other dangerous behaviors. By exposing them to sick employees, it also puts healthy coworkers at danger.

Preemption laws, which limit the legislative authority of lower-level governments, have long been used to coordinate national, state, and municipal policies or to set minimum standards.

“Our study adds to a growing literature pointing to the importance of states’ labor and economic policies on mortality of working-age adults. The consequences of preemption laws stymie local government innovation, constrain opportunities to earn a living wage and take time off of work for medical care without financial repercussions, elevate the risk of death among infants and working age-adults, and contribute to geographic disparities in mortality,” explained lead investigator Douglas A. Wolf, PhD, Aging Studies Institute and Center for Aging and Policy Studies and Department of Public Administration and International Affairs, Syracuse University, Syracuse, NY, USA.

“These findings build on our prior research on the effect of minimum wage preemption laws on infant mortality, adding another policy dimension that addresses working-age mortality and paid sick leave laws a natural extension of our prior work,” added co-investigator Shannon Monnat, PhD, Aging Studies Institute and Center for Aging and Policy Studies, Department of Sociology, and Lerner Center for Public Health Promotion and Center for Policy Research, Syracuse University, Syracuse, NY, USA. 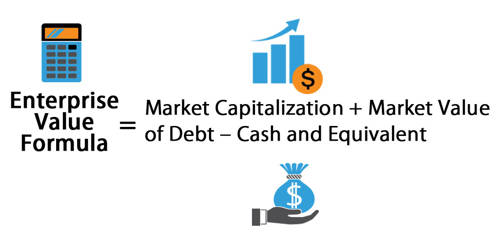