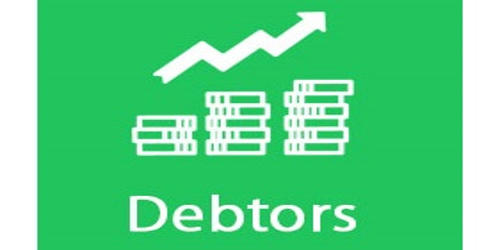 A debtor is a company or individual who owes money. A debtor is an entity that owes a debt to another entity. The entity may be an individual, a firm, a government, a company, or other legal person. The counterparty is called a creditor. When the counterpart of this debt arrangement is a bank, the debtor is more often referred to as a borrower.

A debtor is a term used in accounting to describe the opposite of a creditor — an individual that owes money, or who is in debt to an organisation or person. A debtor is a person or enterprise that owes money to another party. The party to whom the money is owed might be a supplier, bank, or other lender who is referred to as the creditor. If a company borrows $10,000 from a bank, the company is the debtor and the bank is the creditor.

If X borrowed money from his/her bank, X is the debtor and the bank is the creditor. If X puts money in the bank, X is the creditor and the bank is the debtor. It is not a crime to fail to pay a debt. Except in certain bankruptcy situations, debtors can choose to pay debts in any priority they choose. Except in certain bankruptcy situations, debtors can prioritize their debt repayments as they like, but if they fail to honor the terms of their debt, they may face fees and penalties as well as a drop in their credit scores. But if one fails to pay a debt, they have broken a contract or agreement between them and a creditor.

According to numbers released on March 31, 2013, by the U.S. Federal Reserve Board, household debt has passed the $11 trillion mark in the United States. Student loan debt will also soon pass the trillion-dollar mark.

There are many different types of debts, that can cause the debtor and creditor relationship to arise. Some of these areas include:

‘Debtor’ is a term used in the accounting world to refer to a party that owes money to a company or individual. Being a debtor is not restricted to an individual, as in business there is also company debt. Many companies heavily invest in accountancy and rely on insolvency solutions to prevent debt from being left aside. The relationship between a debtor and a creditor is crucial to the extension of credit between parties and the related transfer of assets and settlement of liabilities. Nearly every business is both a creditor and a debtor, since businesses extend credit to their customers, and pay their suppliers on delayed payment terms.