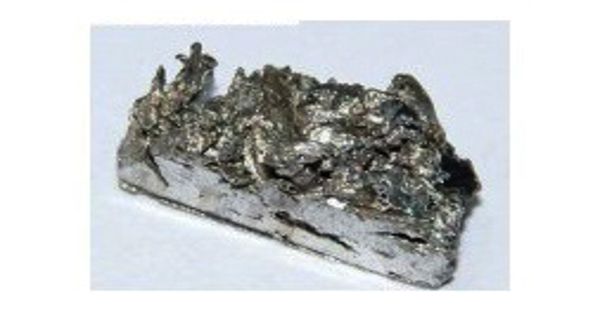 Ytterbium is a chemical element, a rare-earth metal of the lanthanide series of the periodic table. Ytterbium dirhodium disilicide (YbRh2Si2) is a heavy-fermion solid-state compound of ytterbium, rhodium, and silicon. It slowly oxidizes in air, forming YbO3; the metal is readily dissolved in dilute acids—except hydrofluoric acid (HF), in which a protective layer of YbF3 forms on the surface and impedes further chemical reaction. It becomes superconducting when cooled to 2 mK. Ytterbium is weakly paramagnetic, having the lowest magnetic susceptibility of all the rare-earth metals. Just above this temperature, the heat capacity is extremely high, and the electrons behave as if they were 1,000,000 times heavier than they really are. The invention relates to the use of a dirhodium metal complex as a p-dopant for an organic semiconductive matrix material, an organic semiconductor material, and an organic electronic component.

Ytterbium is weakly paramagnetic, having the lowest magnetic susceptibility of all the rare-earth metals. Ytterbium dirhodium disilicide is a heavy-fermion solid-state compound of ytterbium, rhodium, and silicon.

Ytterbium is separated from the other rare-earth elements by solvent-solvent extraction or ion-exchange techniques. The elemental metal is prepared by the metallothermic reduction of its oxide, Yb2O3, with lanthanum metal, followed by vacuum distillation to further purify the metal.

The first concentrate of ytterbium was obtained in 1878 by Swiss chemist Jean-Charles Galissard de Marignac and named by him for the town of Ytterby, Sweden, where it was found.

Ytterbium Silicide is generally immediately available in most volumes. In a surprising find, physicists from the United States, Germany, and China have discovered that nuclear effects help bring about superconductivity in ytterbium dirhodium disilicide, one of the most-studied materials in a class of quantum critical compounds known as “heavy fermions.” The discovery marks the first time that superconductivity has been observed in ytterbium dirhodium disilicide.