Home Science Astronomy Within The Next 25 Years, We’ll Discover Life On Other Planets In the next 25 years, a leading astronomer from Switzerland believes that extraterrestrial life may be discovered beyond our solar system. He doesn’t think this is just wishful thinking; rather, he thinks it’s a matter of probability, our expanding knowledge of exoplanets, and the amazing telescopes that are about to be released this decade.

ETH Zurich’s new Centre for Origin and Prevalence of Life was officially opened by Sasha Quanz, professor of astronomy at the university, who described his vision for the center.

“It will be extremely difficult for me to achieve my aim of discovering life outside the Solar System. I have 25 years to accomplish it, but first, let me walk you through it and explain why I believe this is feasible “Professor Quanz informed the audience.

He continued by saying that the expedition began in 1995 with the discovery of Dimidium, the first planet outside of our solar system. Over 5,000 exoplanets have been found in a brief time since then, and more are being found practically daily.

According to statistics, every star is home to a planet, and many of them are about Earth’s size. The energy they receive from the star when they are far from it is quite comparable to the energy that the Earth receives from the sun, according to Quanz.

Whether these planets have atmospheres and might sustain life as we know it is still unclear.

According to Professor Quanz, the Extremely Large Telescope (ELT), which is now being built in Chile’s Atacama Desert, may result in significant discovery. The ELT will have a 39-meter (130-foot-wide) primary mirror once it is operational around the end of this decade, which Quanz adds is substantially larger than the JWST.

The main objective of the equipment, according to him, is to get the first image of a potentially Earth-like terrestrial planet orbiting one of the nearby stars.

They eventually want to scan a lot of exoplanets and learn about their atmospheres. He stated that once a strong candidate has been found, the remaining work may be completed by an ESA mission.

This likely involves examining the atmospheres of exoplanets to see whether any living species have altered their composition, similar to how biological life on Earth alters our atmosphere.

Quanz contends that by collaborating with other fields, finding extraterrestrial life may be possible in as little as 25 years.

Last but not least, he said, “I think working together will finally allow us to empirically determine if some of the terrestrial planets out there show signals of biological activity outside the Solar System within the next 25 years. 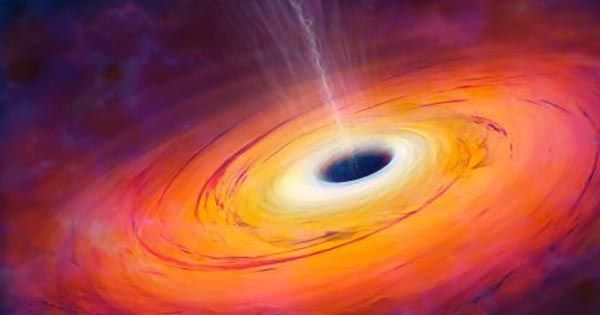 Black Holes may Exert Pressure on their Surroundings