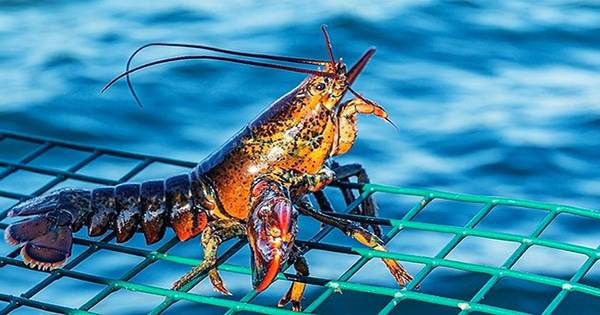 UK May Ban Boiling Lobsters Alive Under “Sentient Being” Law, so can they Really Feel Pain?

Live boiling shrimps can be banned under a new UK law to protect the welfare rights of animals considered sensitive animals. So, are the throats sensitive, are they feeling pain, and what does science say about crustacean pain and the moral curls of cooking pots? In May 2021, the UK government introduced a bill to officially recognize it as an animal. Among the various aspects of the bill, its goal was to restrict the import of goods from trophy hunting, to push for the need for free space for farm animals, and to prevent people from owning primates as pets.

However, the bill covers only vertebrates and does not include protections that do not include osteoporosis, squid, insects and crustaceans. The Times reports that ministers are now preparing to return an amendment to the upper house of the UK Parliament, the House of Lords, to extend the law to shellfish and cephalopod malls. According to reports, this could possibly involve a complete ban on boiling lobsters. Last month, the Conservative Animal Welfare Foundation – whose patrons include the prime minister’s wife, Carrie Johnson – called on octopuses and lobsters to be included in the Animal Sensation Bill.

They argued that these animals are capable of feeling pain, but discriminated against in law because their “nervous structures are different from our own.” The science on this issue is of course somewhat adorable. Some studies have shown that lobsters avoid areas where they were stunned, which is consistent with the basic criteria for pain. This suggests that boiling a lobster alive may feel something comparable to our own perception of pain and as such it may be considered immoral. (It is worth noting that lobsters do not “scream” when immersed in boiling water; they do not have vocal cords.

On the other hand, some scientists have argued that lobsters possess an irrational nervous system like insects and lack brain structures as one can feel a sense of “truth”. This school of thought further claims that it is impossible to say whether a lobster’s response to a sudden shock is a “true” pain response or just a primary reflex response.