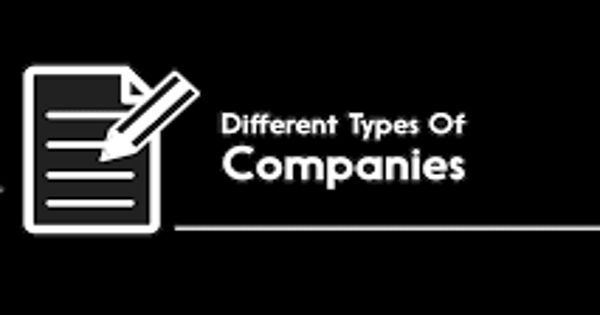 Types of Companies on the Basis of Formation or Incorporation

A company is a type of business organization established by law. Over the years, company forms of business have grown in popularity. Their evolution has resulted in the formation of a plethora of new types of businesses. The corporation is the most effective vehicle for managing and controlling modern business enterprises that have yet to be discovered. Companies will be classified based on their liabilities, members, and control.

Types of Companies on the Basis of Formation or Incorporation

Companies that are chartered are those that are formed as a result of a special charter or proclamation issued by the head of state. In exercising the royal prerogative, the crown has the authority to establish a corporation by granting a charter to individuals who consent to be incorporated. The charter issued for the formation of a specific company does not apply to other companies. Examples of chartered companies include the Bank of England, the East India Company, and the Chartered Bank. The charter that incorporates a chartered company defines its powers and the nature of its business. This type of business is no longer common.

Statutory companies are those that are formed or incorporated by a special act of parliament. Such corporations are governed by their respective acts and lack a memorandum or articles of incorporation. The government owns a majority or a portion of such a company. Such companies’ activities are governed by their respective acts, and they are not required to have a Memorandum or Articles of Association. Statutory companies in Nepal include Nepal Bank Limited, Nepal Rastra Bank, Agriculture Development Bank, Nepal Industrial Development Corporation, Nepal Electricity Authority, Employees Provident Funds, and others. These companies are also known as Public Corporation.

A private company is one that, by its Memorandum of Association, restricts its members’ ability to transfer shares, limits the number of members, and does not invite the public to subscribe to its shares or debentures.

A public company is one that is not privately owned. It requires a minimum of seven people to register and a maximum of the amount of registered capital. There are no restrictions on the issuance or transfer of its shares, and this type of company can invite the general public to buy its shares and debentures.