The most well-known symptom of Parkinson’s disease (PD) is a movement problem. Tremors, loss of balance, and trouble starting to move are common among patients. Non-motor, less well-known signs of the illness include depression.

Researchers from MIT have now discovered three separate circuits that affect the onset of Parkinson’s symptoms that are both motor and nonmotor in a tiny area of the thalamus.

They also discovered that by tinkering with these circuits, they could make mice regress from Parkinson’s symptoms. According to the researchers, the results point to such circuits as potential targets for novel medications that could help manage many Parkinson’s disease symptoms.

“We know that the thalamus is important in Parkinson’s disease, but a key question is how can you put together a circuit that that can explain many different things happening in Parkinson’s disease. Understanding different symptoms at a circuit level can help guide us in the development of better therapeutics,” says Guoping Feng, the James W. and Patricia T. Poitras Professor in Brain and Cognitive Sciences at MIT, a member of the Broad Institute of Harvard and MIT, and the associate director of the McGovern Institute for Brain Research at MIT.

The study, which is published in Nature today, is led by Feng. The paper’s lead authors are Ying Zhang, a J. Douglas Tan Postdoctoral Fellow at the McGovern Institute, and Dheeraj Roy, a recipient of an NIH K99 Award and a McGovern Fellow at the Broad Institute.

The loss of dopaminergic neurons from the substantia nigra along with the appearance of intraneuronal aggregates known as Lewy bodies is the histological signature of PD (Parkinson’s Disease). The lateral ventral tier of the pars compacta is the area of the substantia nigra that experiences the greatest cell loss.

According to estimates, at least 50% of the nigral neurons must degenerate in order to cause symptoms, and most cases at autopsy show a decrease of more than 80%. Most of the clinical characteristics of PD are caused by degeneration of the dopaminergic system, and levels of dopamine and its metabolite are decreased in the striatum, ventral tegmentum of the brainstem, and less so in limbic and neocortical areas.

There are multiple distinct areas in the thalamus, and they all serve various purposes. The parafascicular (PF) thalamus is one of many of them that aids in controlling movement. Patients with Parkinson’s disease frequently exhibit degeneration of these structures, which is thought to be a contributing factor in their motor symptoms.

In order to better understand the activities of the PF thalamus, the MIT researchers set out to trace its connections to other brain areas in this study. They discovered that the caudate-putamen (CPu), subthalamic nucleus (STN), and nucleus accumbens (NAc) are three separate areas of the basal ganglia, a group of structures involved in motor control and other tasks.

“We started with showing these different circuits, and we demonstrated that they’re mostly nonoverlapping, which strongly suggests that they have distinct functions,” Roy says.

Additional research uncovered these functions. The circuit that projects to the CPu seems to be involved in everyday movement and has the ability to slow down motion. Mice spent more time exploring their cage when the researchers blocked this circuit.

On the other side, the circuit that extends into the STN is crucial for motor learning, which is the capacity to learn a new motor skill through repetition. The scientists discovered that this circuit is essential for a challenge where the mice must learn to balance on a rod that spins at a faster and faster rate.

Last but not least, the circuit that links the PF thalamus to the NAc was discovered to not be involved in motor activity, in contrast to the other circuits. It seems to be connected to motivation instead. When this circuit is blocked, healthy mice exhibit depressive-like behavior and stop looking for rewards like sugar water.

After determining the roles played by these three circuits, the researchers began to investigate how Parkinson’s disease might affect them. They did this by using a mouse model of Parkinson’s disease, which results in the loss of dopamine-producing neurons in the midbrain.

Finally, the researchers demonstrated that the disruption of connections between the PF thalamus and the NAc in the Parkinson’s model resulted in depression-like symptoms in the animals, including motivational loss.

The researchers discovered that they could manage each of these three circuits and so reverse each set of Parkinson’s symptoms using chemogenetics or optogenetics, which enables them to influence neuronal activity with a substance or light.

The researchers then made the decision to explore for molecular targets that might be “druggable” and discovered that each of the three PF thalamic areas has cells that express various types of cholinergic receptors that are activated by the neurotransmitter acetylcholine. They were also successful in reversing the Parkinson’s symptoms by either blocking or activating those receptors, depending on the circuit.

L-dopa, a precursor to dopamine, is frequently used to treat Parkinson’s patients. Although this medication aids patients in regaining motor control, it has no effect on motor learning or any nonmotor symptoms, and patients eventually develop a resistance to it.

The circuits that the researchers defined in this study may serve as targets for novel Parkinson’s treatments, according to the researchers. The nonhuman primate brain contains the same varieties of neurons that they found in the circuits of the mouse brain, and the researchers are now utilizing RNA sequencing to discover genes that are particularly expressed in those cells.

“RNA-sequencing technology will allow us to do a much more detailed molecular analysis in a cell-type specific way,” Feng says. “There may be better druggable targets in these cells, and once you know the specific cell types you want to modulate, you can identify all kinds of potential targets in them.”

Locus of Control in Personality Psychology 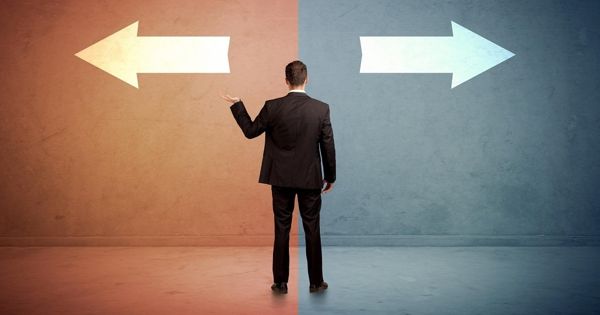